A very popular starting point for Live Steam. With their low cost comes a number of problems which can be discussed here
Post Reply
49 posts

RE Soldering steampipe into deadleg lubricator - not necessarily. I managed to get my steampipe square in and then use some Revell liquid gasket in a tube and applied it liberally.

This did the trick on Second Chance.
Top

I have one of each, both work, but if I were to buy a new one (the deadleg was already on the loco) I would get a RH or RWM inline one.
Garrett

Spule 4 wrote:but if I were to buy a new one I would get a RH or RWM inline one.

Why not a Dead Leg Lubricator then? Cost, Looks, Practicality or Operation?

One advantage I find with my dead leg lubricators is they use a lot less oil than the in-line displacement types.

Spule 4 wrote:but if I were to buy a new one I would get a RH or RWM inline one.

Why not a Dead Leg Lubricator then? Cost, Looks, Practicality or Operation?

One advantage I find with my dead leg lubricators is they use a lot less oil than the in-line displacement types.

Pluses to the inline ones:

They seem to use more oil,

Easy to drain and fill with the bottom drain (some deadlegs have, some don't),

The appearance does not bother me so much, I have become used to the one hanging on the smokebox of Maj. Hitchcock.

It works fine for now (screw shortened and nub on lubricator filed), but if the Maj. ever gets a proper boiler (it is starting to suffer from zinc rot) it and the Finescale regulator will be going elsewhere.
Garrett

Interesting stuff about the two types of lubricators.

I can see pros and cons with each type.

With the dead leg one I would guess steam that condenses in the connecting pipe will just drain back into the steam pipe and get sent off to the cylinders. Only steam that reaches the body of the unit will condense and displace the oil.

Possibly the in-line version can dispense more oil but I'm not sure if I like the idea of the steam/oil mix getting reheated under the boiler on its way from the cab to the cylinders. Has anyone tried installing an in-line unit at the smokebox end?

I'll try installing the dead leg one when I get to that stage and see how it works out.
Top

If you can do it you want the steam line to be going thought the burners fire so the steam is "superheated". So basically less water and more oil in your steam will make your cylinders last longer and will make your loco run a lot better.
my first live steam engine build thread:
http://gardenrails.myfreeforum.org/about6685.html

Under the heat of the steam and the fire, the oil will flow easier which helps as well so I guess it doesn't really matter which end the lubricator is on.
No one expects the SPANISH ACQUISITION!!!
Top

Roundhouse Engineering wrote:The change of oil was brought about a few years after Roundhouse adopted internal gas firing and a small number of engines were experiencing blocked super heater pipes after prolonged use. The blockages were caused by carbonised oil, though this had never been a problem with the earlier externally fired models.

Update from the engine shed:

The cab front and side tanks have been completely stripped back to bare metal. Minor dents have been knocked out and the parts of the side tanks that form the cab floor have been folded back down to their original position alongside the main frames.

The parts have received a couple of coats of grey primer and I am tempted to leave them like this until the loco has had a couple of test runs after which a partial strip for final painting can take place.

The smokebox has received a coat of satin black BBQ paint which gives it quite a pleasing finish. 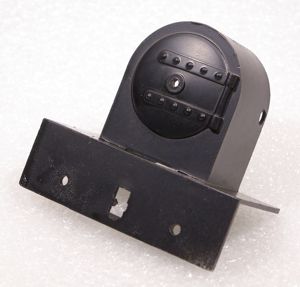 Still plenty more work to do but at least it's a bit warmer in the workshop now.
Top

It’s been a (very) long time since the little Mamod made an appearance on the workbench. Other projects have taken priority but one result of lock down has been extra time spent crossing things off the ‘to do’ list and now I can get back to the interesting stuff!
Rather than working with the original boiler I have treated the patient to a new standard version which along with the new safety valve, sight glass and piston/cylinders assemblies bought some time ago gives me all the bits I need for a running locomotive. I use the term ‘running’ in the loosest possible way.

I’m giving serious consideration to going with a 7/8ths scale narrow gauge on the SM-32 track that I have so I’m investigating the 18” narrow gauge look starting with an extended chimney and basic spectacle plate with no cab roof.

Welcome back! I remember lurking this thread years ago, when I briefly owned an MSS. Soon gave up on mine and sold it on. Just went back to the start of the thread and re-read the story thus far. Certainly looking forward to hearing more, as and when.. A 7/8ths conversion would make a particularly interesting model.

I managed an hour or so working on the loco at the weekend. The new boiler needs its sight glass and back plate installed so I thought it might be a good idea to make a Goodall valve so that I can cold pressure test with just water before trying under steam. I've turned up the valve from 1/4 brass bolt and have an odd bit of normal rubber tube for the cold test but need some silicone stuff for a hot one.

One of the reasons for going with 7/8ths is that the chairperson of the home planning authority has an extensive property portfolio in 1/12th spread around the house so I recon I might get a few 1:13.7 items past the approval stage for use in the garden ! Also I'll be scratch building most of the rolling stock so I'm not relying on the availability of kits or ready to roll items.
Top

Tried a cold pressure test with the new boiler filled to the top with water and my adapted garden spray bottle. No leaks from the sight glass so the next test will be under steam. 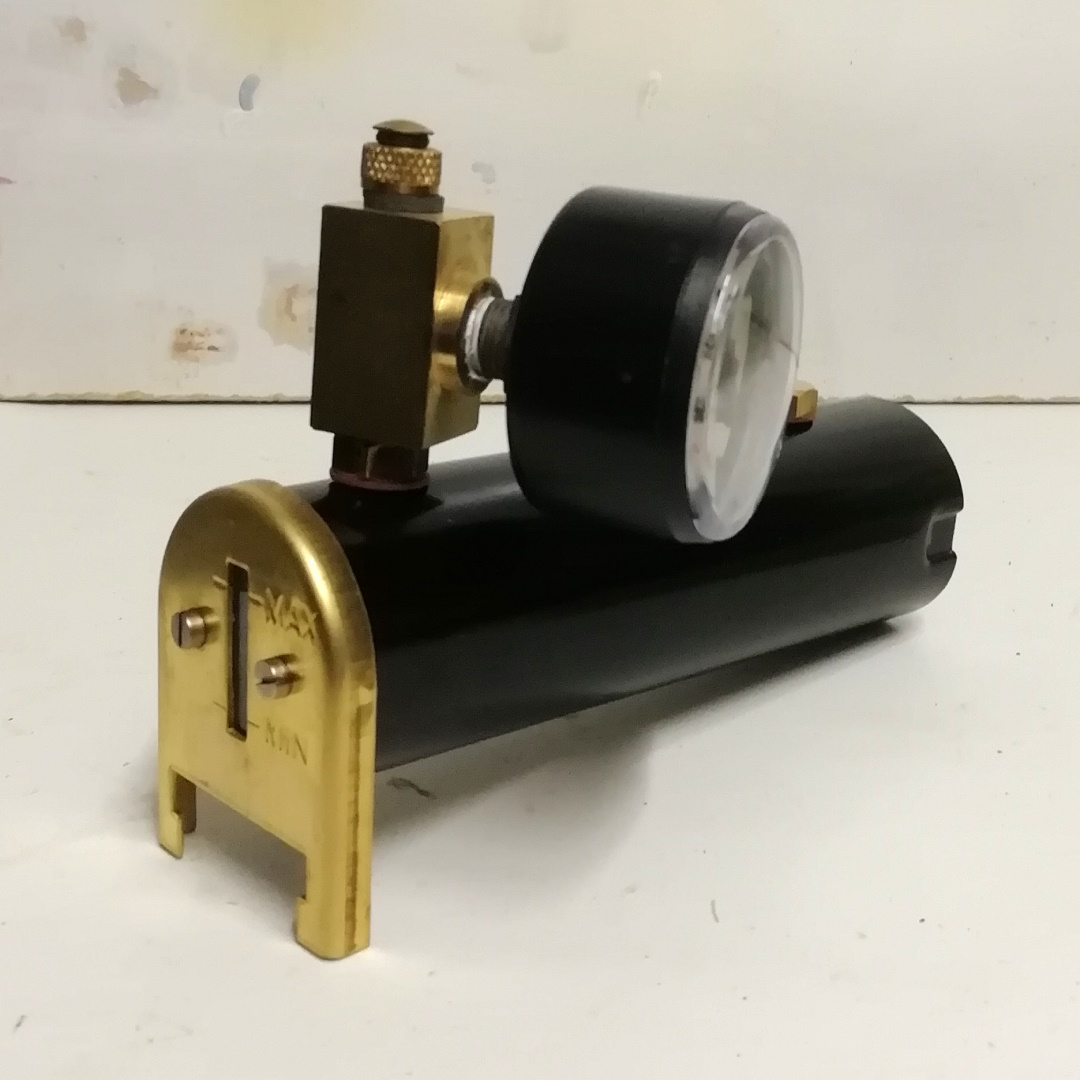 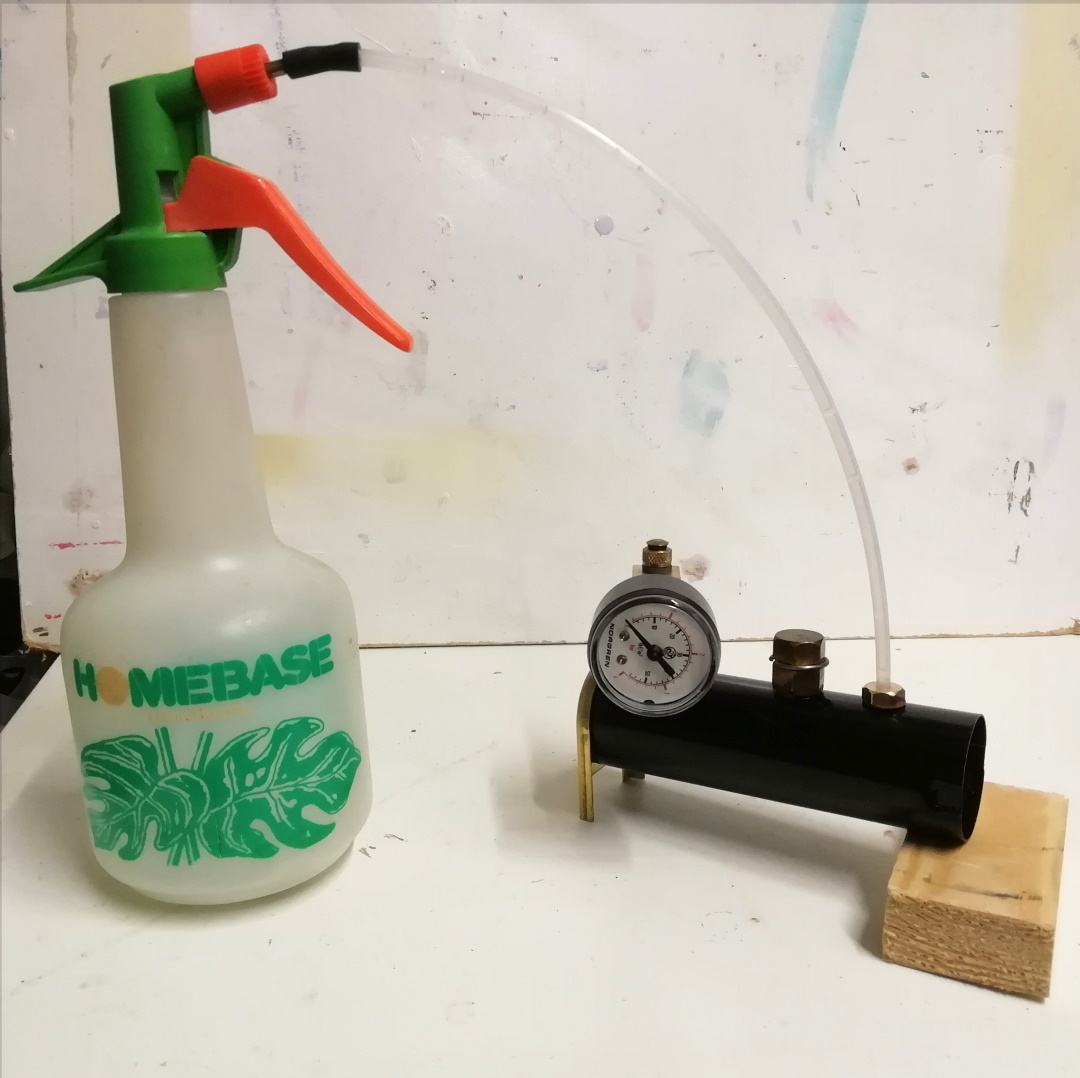