One of my 5" gauge locomotives was due for its annual pressure gauge and safety valve check last weekend and it was the first opportunity to try out my new 4 wheel riding car. 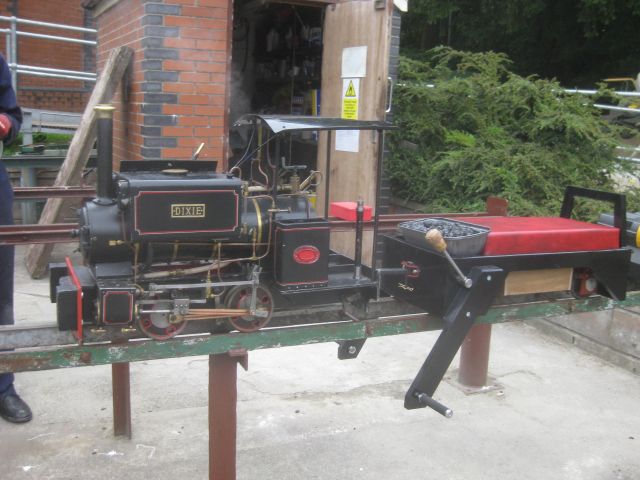 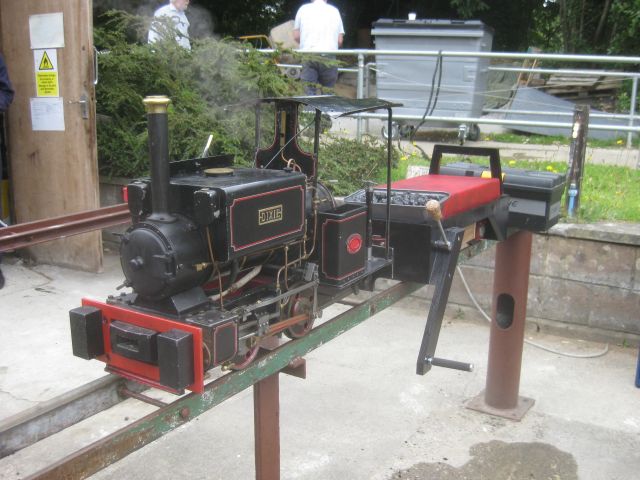 That's a great looking Maxitrak Dixie Tony (their factory is local to me).

I was going to view a Pearl a couple of weeks back but it had already sold.
YouTube Channel
Top

Nice. How do you find the 4 wheel driving truck for stability? If it came from a bogey it must have quite a short wheelbase.
EDIT: I see from the picture that you have reused the wheels not the bogey frame.
Dave Miller
currently building the 5" gauge Circle Line
Top

Some years ago the Cardiff MS converted to continuous vacuum braking of it riding cars and bogies that couldn't easily be converted were sold to members and I bought a pair. These bogies were very robust and heavy having many years of life left in them. 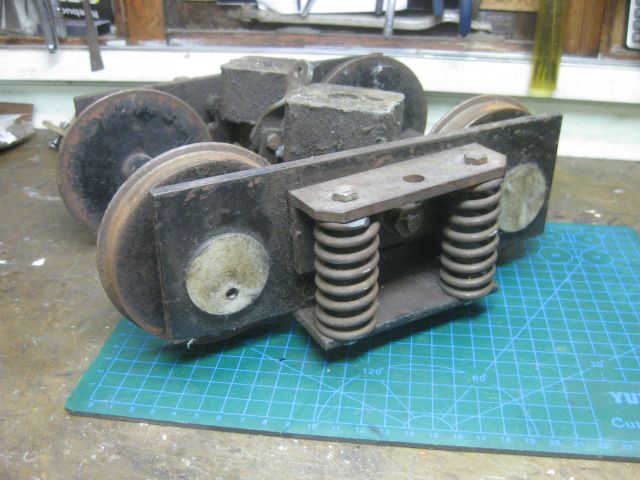 As at that time our grandchildren were young and lived locally I made a bogie riding car. 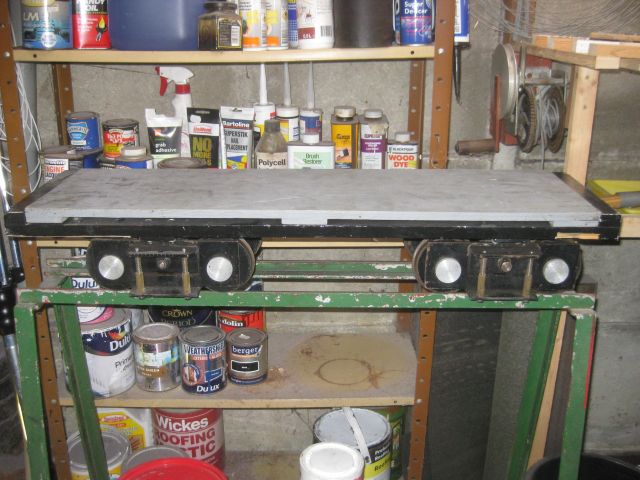 The original CMES riding cars except for maintenance never left the tracks so wight wasn't an issue. Each bogie weighed 20 lbs so even though my riding car was short and had a light wooden body it was still heavy to move around. So I was considering making a lighter riding car from scratch. A friend who had also bought a set of bogies heard of my plans and as he said he was unlikely to use the ones he bought would I like them? And in fact he gave them to me. These bogies were made into two 4 wheel riding cars one of which I returned to my generous friend.

Only the side frames, axle boxes wheels with their axles were used. A what I think is called a three point suspension was used, the same as Dixie which has no springs: the driving axle being fixed the leading axle is pivoted at its centre. So with a total movement up and down of about 6 mm two riding cars were made. 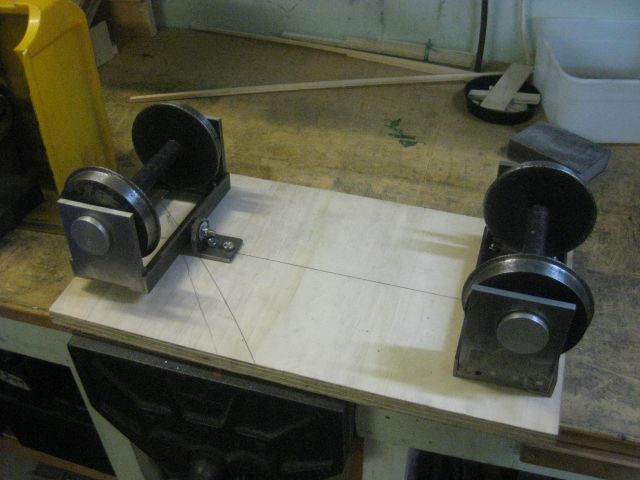 And brakes were added. 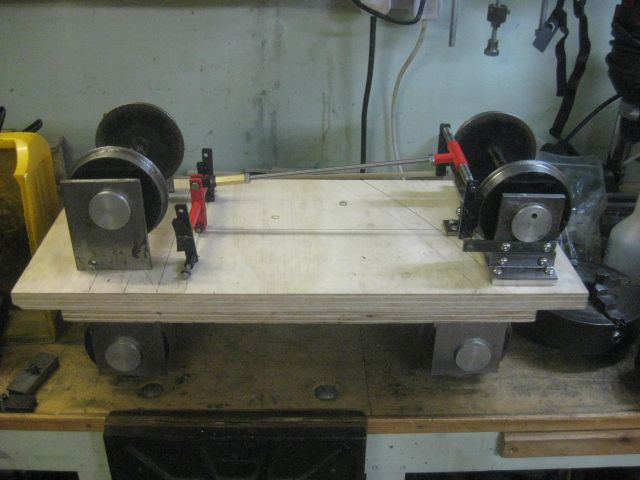