It's been sometime since I built anything, think it was last June maybe. I saw a film on the TV last year on a heritage line and one of those hand powered carts was been used a lot, I thought, that would be a build I might try. So trawling the internet I came across this. 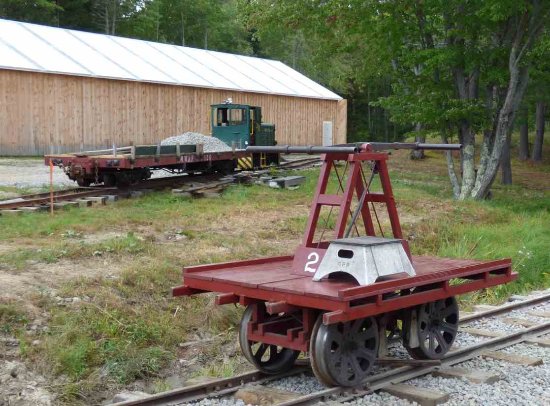 So I thought I would try to build one very loosely and I mean (Very Loosely)..

This is my attempt.

I just built a chassis and flat wagon out of 2mm Plasticard and put some Brandbright axle boxes on.
Then I put a gearbox on it, well it looks like a gearbox, 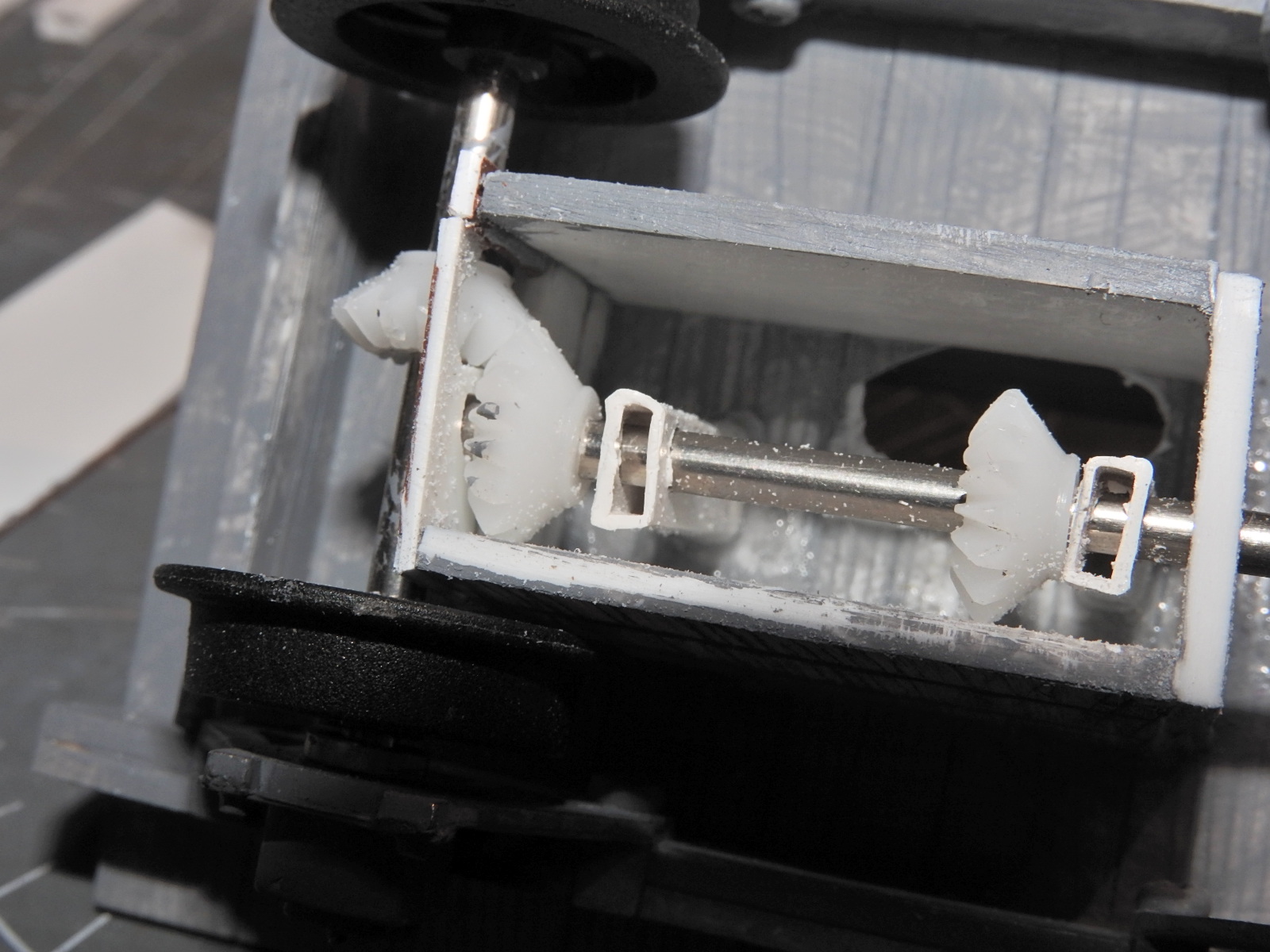 Next went on the levers and housing for the gubbins. I forgot to take a photo of building that, Sorry.

I then cut some 2mm Stainless bar and "Blackened" them with a gas torch. 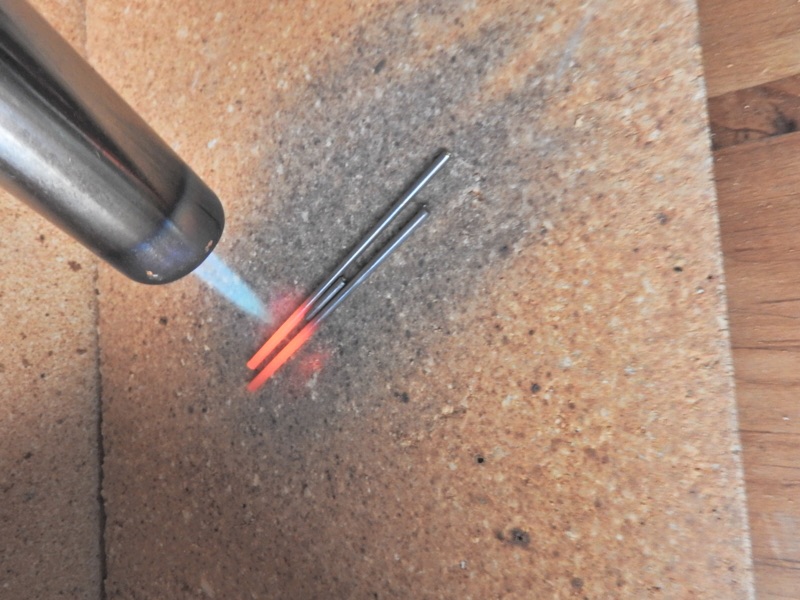 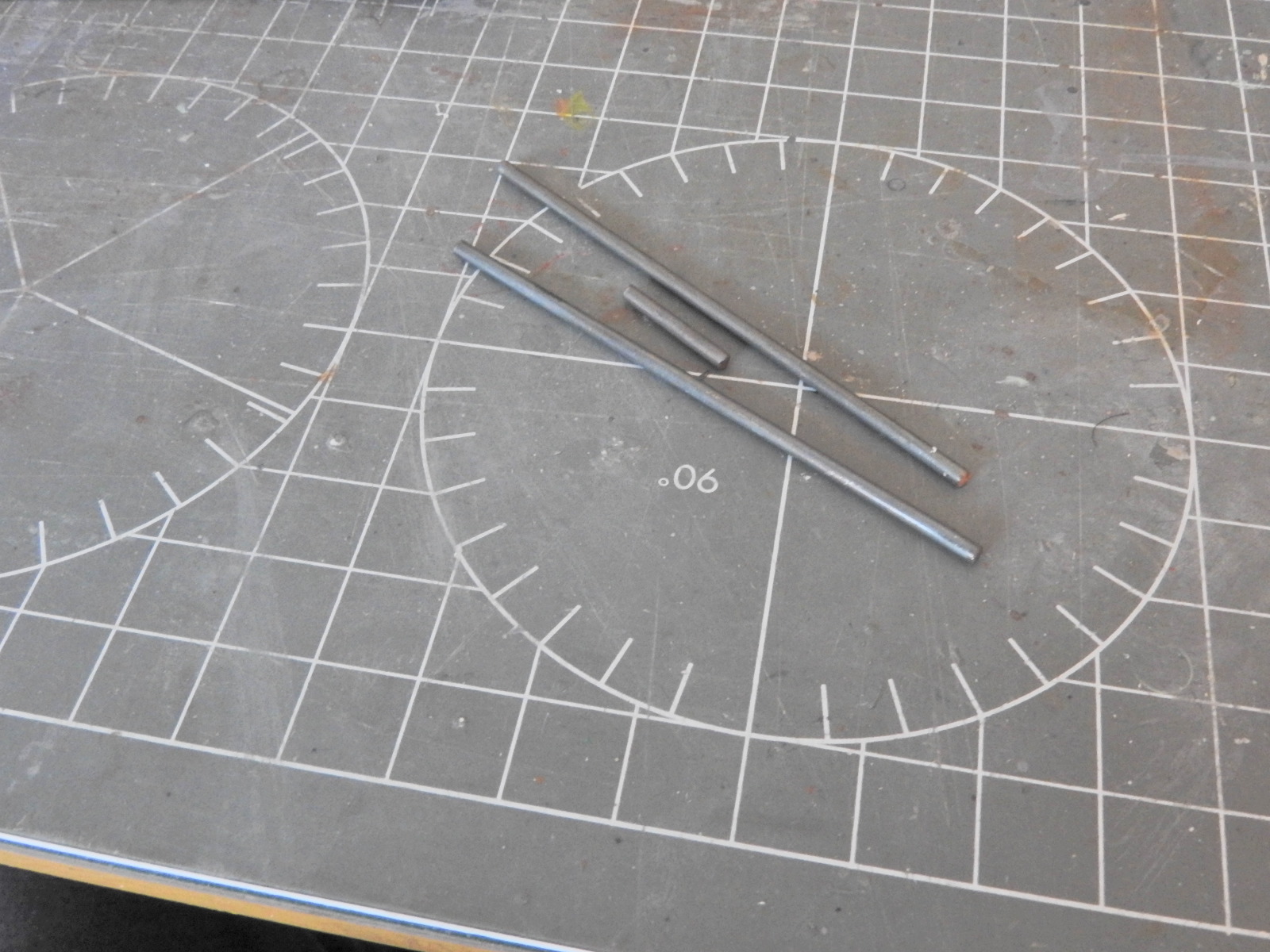 Then the cart was painted with Vallejo mix of Burgundy and light grey for a more wooden look. I didn't spray it, hand painted.... 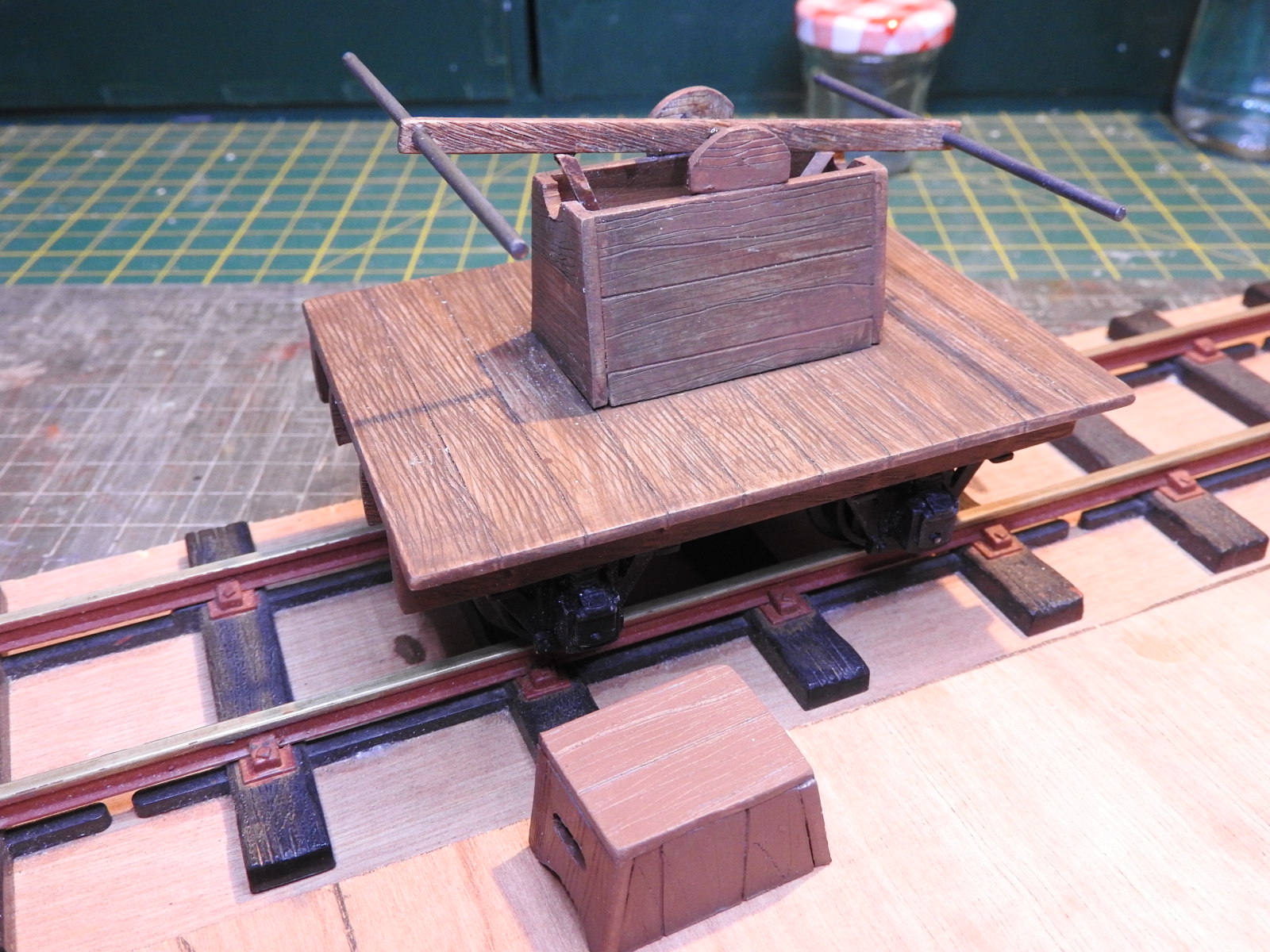 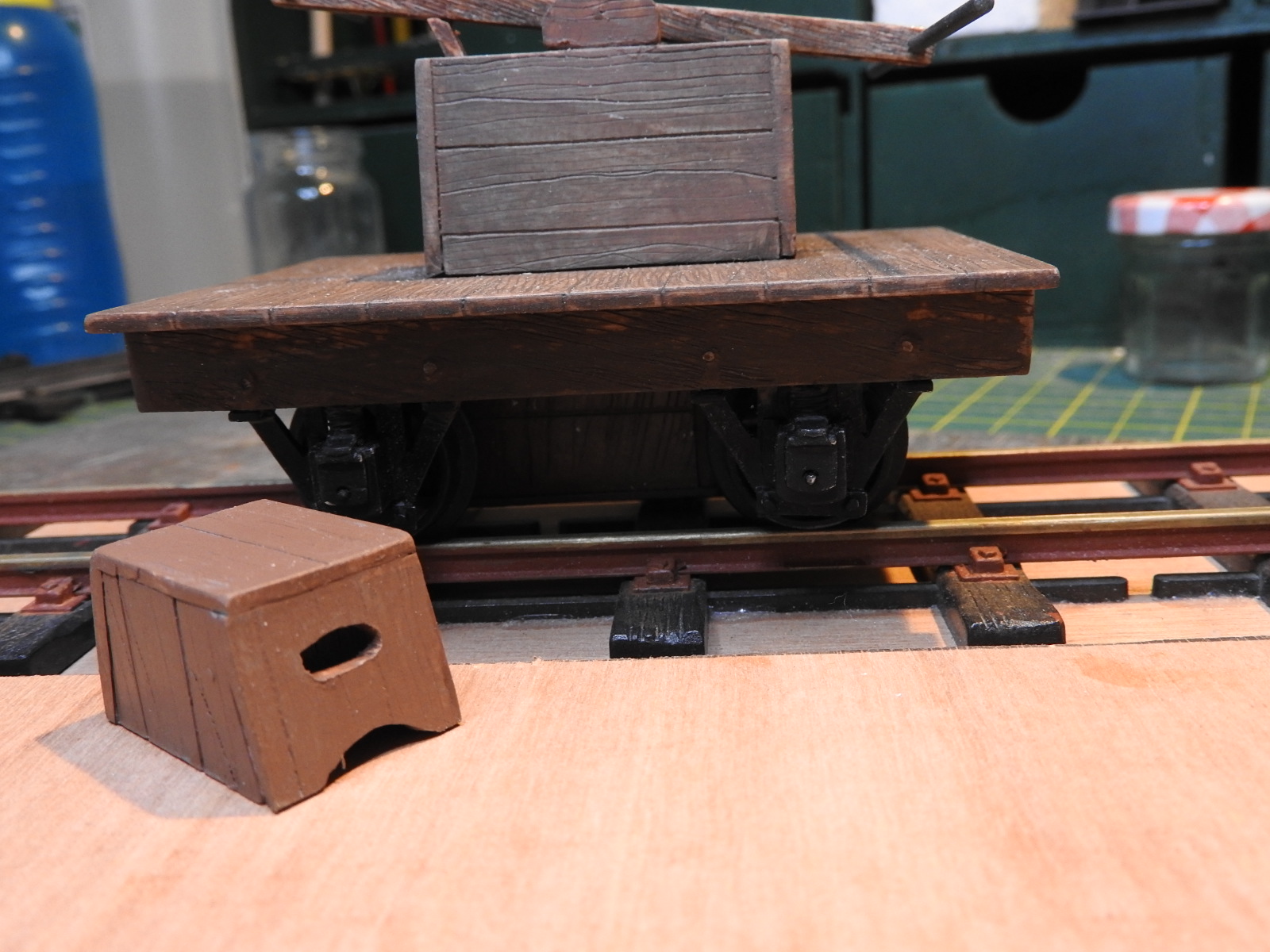 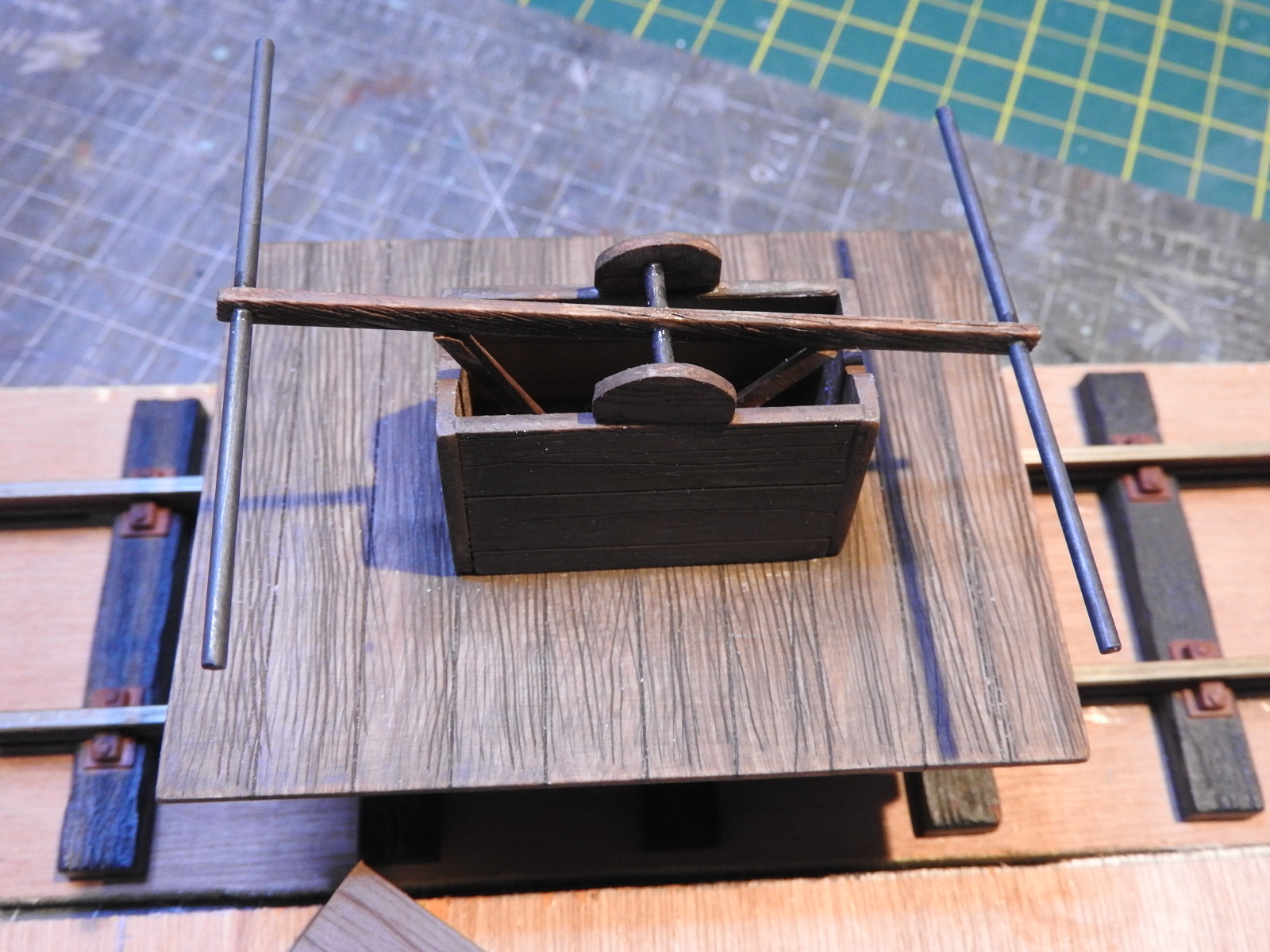 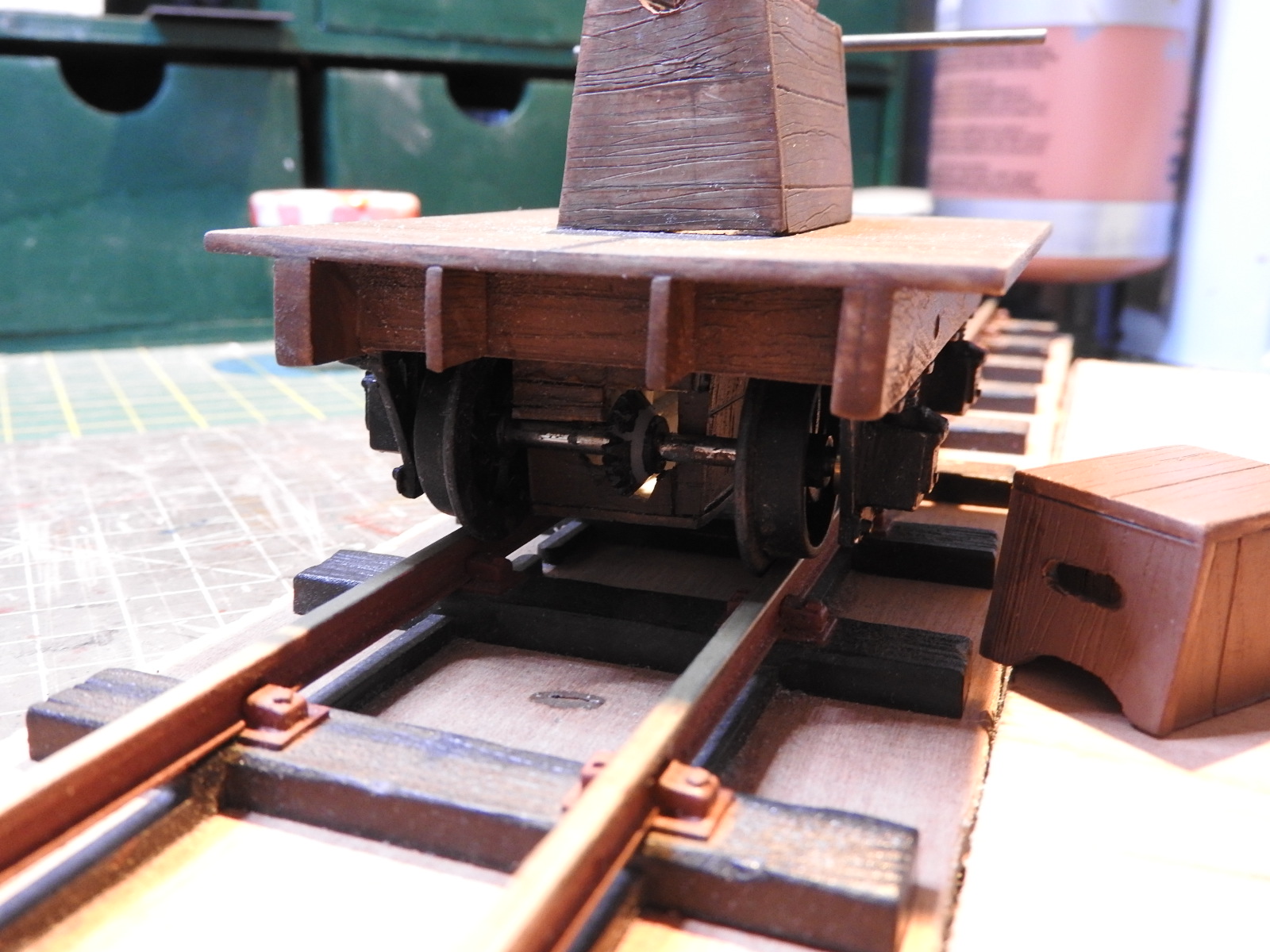 And the handles are a bit too long, but some of these carts were operated with four personal. I have yet to find any that would be suitable.

I made the little wooden step from off-cuts of left over Plasticard.
Hope you find this enlightening

More importantly though, Anne loves it and it will now sit on the line when I can get around to building our new one. It may be sometime in the building of it though. I have learned not to rush it now.

But until the weather improves vastly, I am going to try another scratch build of something else. Don't know what yet..... And again it may be sometime before it gets finished, I do get very tired now and I have to pace myself.....

Interesting choice for a scratch build Rod. Have you thought about a moving (motorised) version? With a couple of guys hinged at the waist to bend appropriately, I bet you could make a convincing mock up of the real thing.

Looks good Rod, very nice woodgrain effect and the portable step is a nice touch!
The best things in life are free.... so why am I doing this?
Top

In terms of how to show it off, you could attach it to the back of a train.

The old Welsh Highland had a variety of trolleys (pump trolleys like yours,petrol powered "speeders", and simple push-along ones) - as far as I can tell, the PW gang would hitch them to the back of a train to get to the work site and then move up and down the line as necessary under their own power. I think they were just attached with some rope.

It's a scene I intend to recreate at some point, could work for you too, with the ganger perched on the edge of the trolley while the handles go up and down behind the train?

Nicely made Rod. I think it would look good with a couple of figures obviously shattered using it now parked somewhere while they recover. It could make a nice cameo.
Don
Top

Great looking model, Rod. As others have said, the wood grain and painting is particularly effective.

I wonder if anyone has managed to motorise one of these. I know Bachmann has a 45mm version but it's not as realistic as yours.

Thanks for the very kind replies. I am honoured to receive such kind replies from some of the best scratch builders on the forum. I am sure there are more.

The woodgrain is getting easier the more I do. Has for putting some hinged people on to move accordingly, I have looked on line, but I can't even find any figures that are bending suitably, so hinged are something that is nay on impossible, unless someone knows where they are...

Motorised was in my mind at one stage, that's why I made the gearing setup. But I couldn't see or find again a small enough motor to suit, baring in mind that almost all "hand carts" had the working parts in the middle of the cart, so fitting anytime of battery would have been a challenge. But you never know, it may come about one day, unless someone does one before me.