An international forum for garden railway modellers in all scales and gauges. It is free to join and is funded through voluntary contributions by its members. Many thanks to all those who keep it going.
https://gardenrails.org/forum/

TVT - The Mule with No Name chapter 3

TVT - The Mule with No Name chapter 3

by GTB
Tony Walsham at RCS in Aust. recently announced he would be introducing a custom version of the Micron MR603. My order arrived the other day and one has now been fitted to the Mule, which is my diesel lab rat.

This loco ran for some years with manual control and was fitted with r/c a couple of years ago now for steam loco rescue work. That installation included a Deltang RX102(AB) and a Fosworks Cobra 160 ESC.

The reason for the upgrade was that the ESC was the centre-off type and this loco was the only one in the fleet without a separate reversing control. I've had some close calls in emergencies when this loco didn't respond as expected when there wasn't time to think things through. Quickly closing the throttle to stop the loco puts it into full reverse instead.........

Installation took about an hour once I'd had a good read of the instructions and it proceeded with no problems. The RCS Simplon version of the decoder is basically 'Plug 'n Play' with few programming options, just the way I like them.

The first photo shows the installation, with the second pic showing the old setup for comparison. There's a bit more space and a bit less wiring under the hood now, but neither was an issue before. 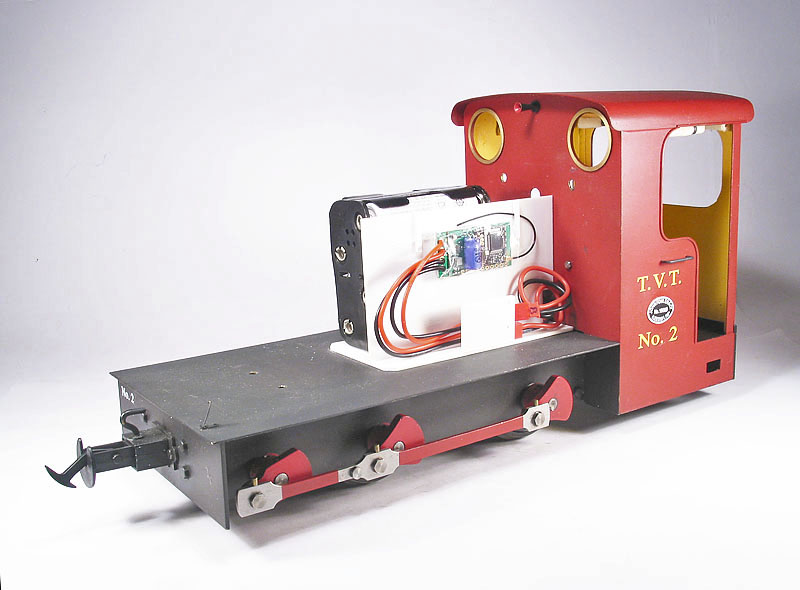 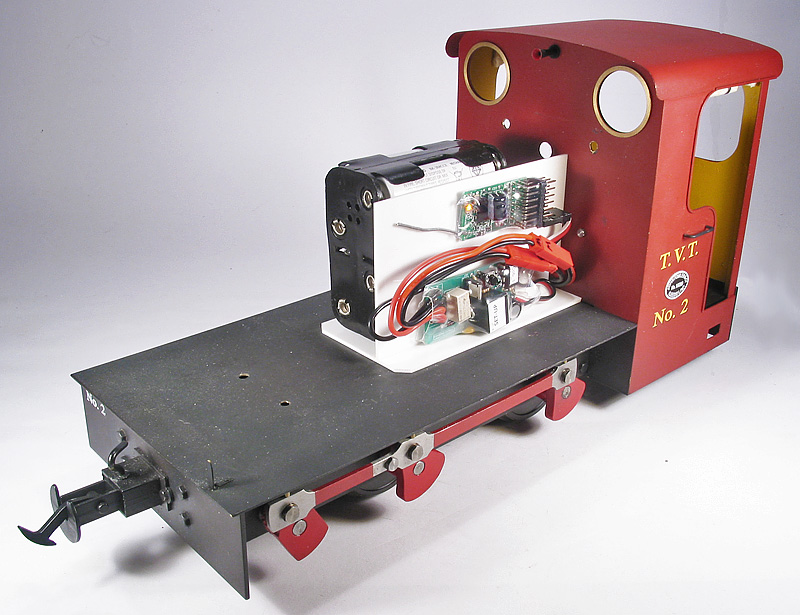 The transmitter I use with my diesels is an early RCS TX-3, dating to early 2014 and Deltang based. I've had no problems in the past with it auto-binding to other receiver brands and this time was no different. The new receiver bound first time with no issues. The only programming needed was to change the operating mode from centre-off to low-off. Simply done if you read the instructions first, although I notice that Tony now offers them with a choice of operating mode when ordering.

The sun came out just after I finished the installation, so the loco was given a test run on the track. The picture shows it running north on the back straight in late afternoon sunshine, running as a BONA (VR code for a 'loco with van').

Very happy with the performance on the track. It runs smoothly and when shunting at low speed I was able to couple up to the van and the choppers engaged without the van moving.

Am I happy with the new RX? Yes. Would I use one again? Yes. I prefer 'Plug'n Play' devices anyway and this one does the job without raising my blood pressure.

For Aust. readers, the cost was about the same as importing an MR603 from the UK, but it arrived much faster and my bank didn't have it's paw out for a Forex fee.......