What bogies are being used on the Ashover coach?
Chris Auckland
Top

Bogie project???
Limitations only exist if you let them.
Top

Something I've been keeping very undercover where it will remain until the time is right, I'll admit its happening but not a lot else. For now at least. It'll surface once a few more issues are resolved. But let me put it this way if you thought just plywood pricing dropping was a good sign, wait until you see what else I'm up to. To say everything is changing this year for Bowaters Models would be about right! 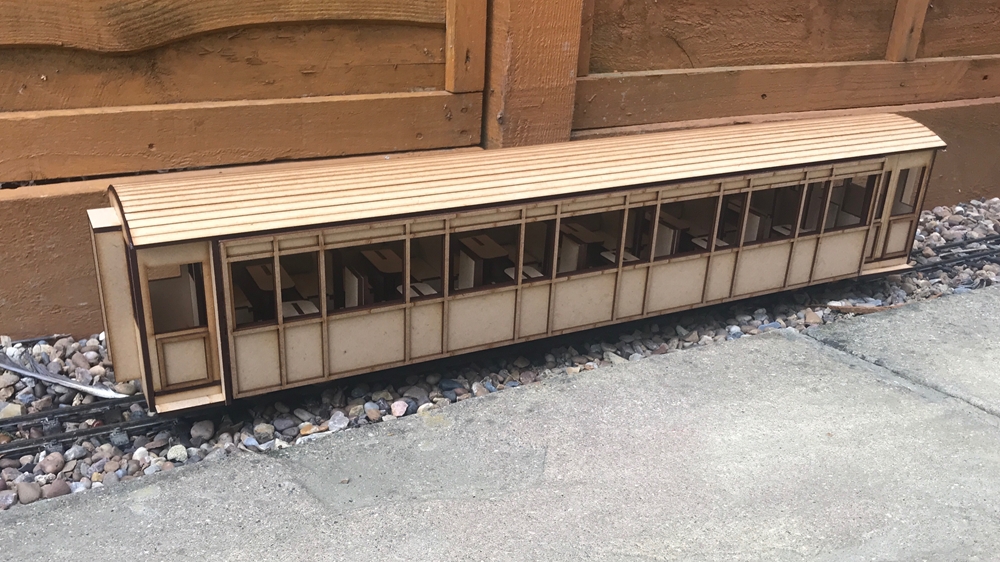 Time for the final Peterborough reveals! The 13m WHR coaches! Covering coaches 2043 to 2048 and 2010, these coaches complete the main WHR Range we will be releasing. The notable exception is Glaslyn which will be available at Exeter all being well. In time, we may also release 2011 if we can get the required technical data. Priced at £110 in MDF and £125 in Plywood, these coaches are the perfect addition to our WHR train and will be available to order at Peterborough. Come and see them for yourself!!! 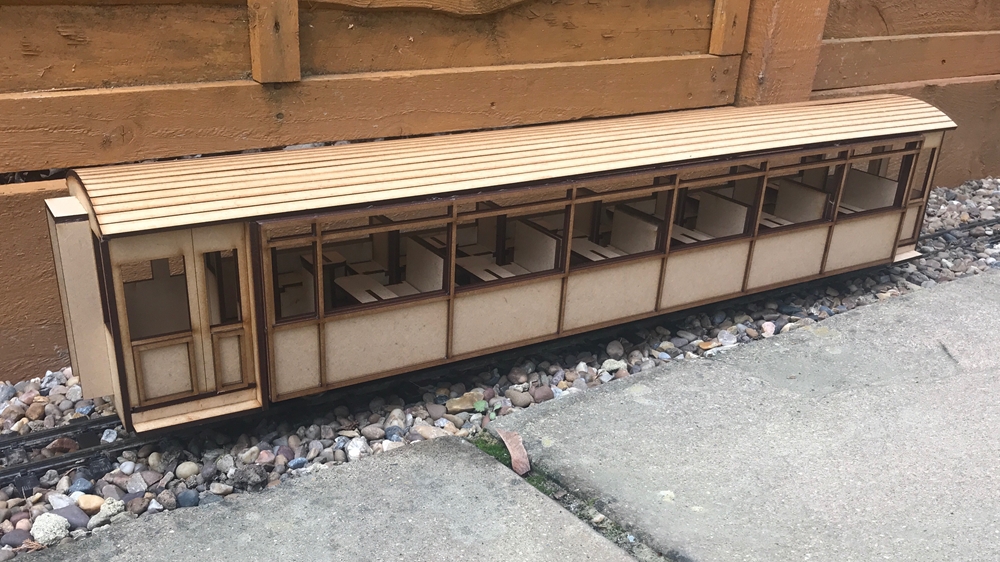 Oh, and in regard to pricing, that should very much be considered a guide price. We have something special planned for Peterborough that we can genuinely say no one will see coming! Well, these are the final ones we're showing you before the show. We have 4 more that will be revealed at the show. Its safe to say these 4 are highly anticipated. 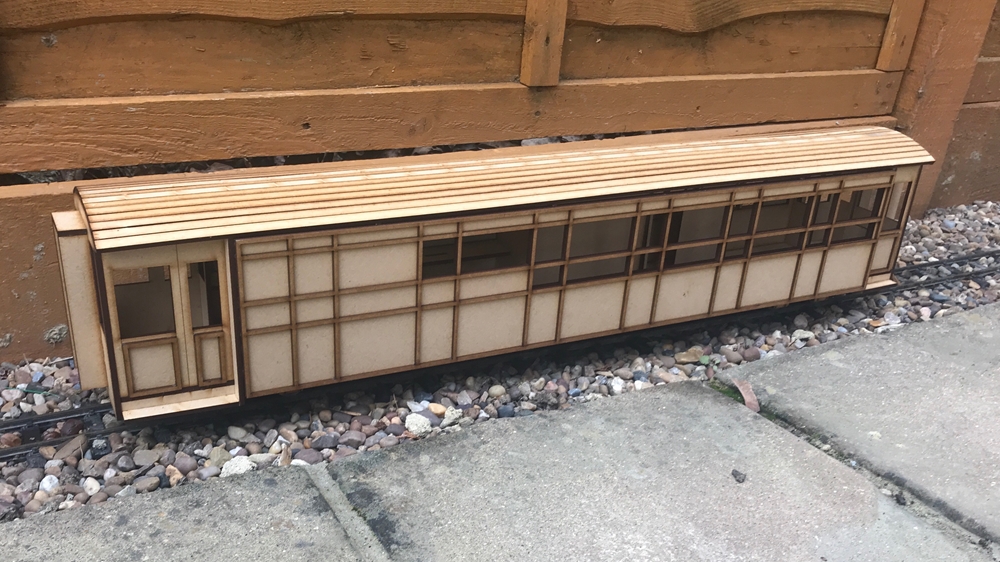 Jon, these look great! I will have to get some in the future for my NGG16.
Limitations only exist if you let them.
Top

Now, time for the final reveals! What's that. I thought you'd already done that. About that........ We asked if you wanted coach 15. You said you did. So here it is!!!! It’s ended up slightly more expensive than her sister but we still feel it offers great value for money. Priced at £105 in MDF or £120 in Plywood. Available at Peterborough. Along with 4 other shall we say related projects....... Prices are only a rough guide (well it was at the time of writing, see below for the real pricing!!!). Is this the fastest Bowaters Models has been able to turn around a project? Probably. Plenty more rapid turnarounds to come!!!

Now onto the good stuff. Seeing as they're out in the wild, time to properly reveal the 2 major 2019 projects we've been working on. 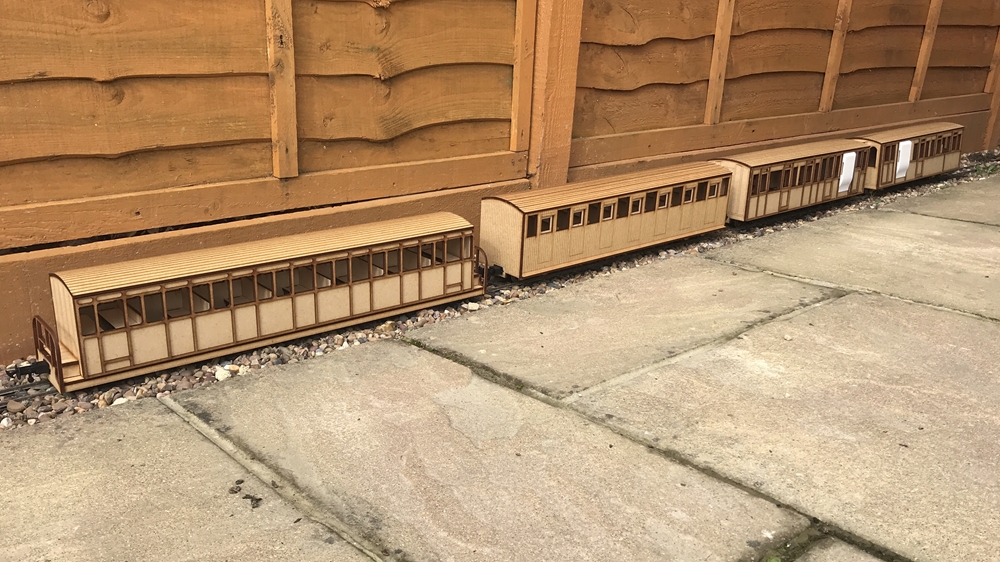 A while ago, we announced ranges covering both South African Railway and a set of Ffestiniog & Welsh Highland Railway Heritage Coaches. Examples of BOTH ranges will be available for viewing at Peterborough! We aim to have a wide range of models on display and we're sure there's something for everyone!

For more information on our FR & WHR Heritage range, view the range on our website!:- http://www.bowatersmodels.co.uk/ffestin ... age-range/ For more information on our SAR range, view the range on our website:- http://www.bowatersmodels.co.uk/coming- ... -railways/

We also have some additional information regarding pricing on the Peterborough show website! For the first time ever, we've been able to make some major changes to a large percentage of our products regarding pricing. Have a look for yourself:- https://www.nationalgardenrailwayshow.o ... rs-models/

We're also delighted to present to you the latest edition of our catalogue along with our new price list. Both are effective as of the 1st of April which is when the website update is aimed to go live with the new models on. Have a look for yourself as we're sure we have something for every modeller in our new expanded range!

Looking good Jon!
Is FR carriage 100 still on the cards?
Limitations only exist if you let them.
Top

Its technically available now. Its listed on our website as under 'On File'. Sadly we don't see a place in them in the main range at the moment deciding to focus on other projects for now however the design is proven (its based on 102 abet with new sides that we can test cut before sending one out) so we can produce it to order. Let me know if you'd like one as I can slot them into a production run with relative ease! Same with any other kits on that page:- http://www.bowatersmodels.co.uk/on-file/

And with that, our webstore has now been updated to feature all our new releases ready for the National Garden Railway Show at Peterborough! We've included the 3 new sections below (1 of which we've shall we say, kept very quiet about when it was coming). At the same time, we have also rolled out the latest pricing across all affected models. In addition, We have updated our Narrow Planet webstore with the new pricing however it doesn't feature the latest releases. This will be explained after the show.

Now for the good stuff, starting immediately, we are pleased to offer our show offer to anyone who orders from now until Midnight on the 7th of April! All orders will receive 5% off if placed either through our website or via our stand at the show. For our website, simply enter PETERBRO19 when prompted during checkout to enjoy your savings! Alternatively, click this link to have the discount applied automatically to your order! - https://shop.bowatersmodels.co.uk/discount/PETERBRO19

The new sections of the webstore!:-

We look forward to seeing everyone at Peterborough and hope to see you there!
Last edited by angr607 on Wed Dec 04, 2019 8:42 pm, edited 4 times in total.
Bowaters Models:- http://www.bowatersmodels.co.uk

Hopefully I won't have to work overtime so I can see your stuff!
Limitations only exist if you let them.
Top

Pleasure to meet you yesterday Jon. The 91 and the Hunslet looked great! Might have issues with loading gauge for the 91 but might get one for display...
WHR carriages looked great! Once I've got the FR rake done I'll get a few.
Limitations only exist if you let them.
Top

JMORG wrote: ↑
Sun Apr 07, 2019 12:11 pm
Pleasure to meet you yesterday Jon. The 91 and the Hunslet looked great! Might have issues with loading gauge for the 91 but might get one for display...
WHR carriages looked great! Once I've got the FR rake done I'll get a few.

It was a pleasure to meet you too! I'm sure we can come to a arrangement for a set of WHR stock when the time is right!

Time for the reveals from Peterborough! We revealed two engines and a new set of coaches! 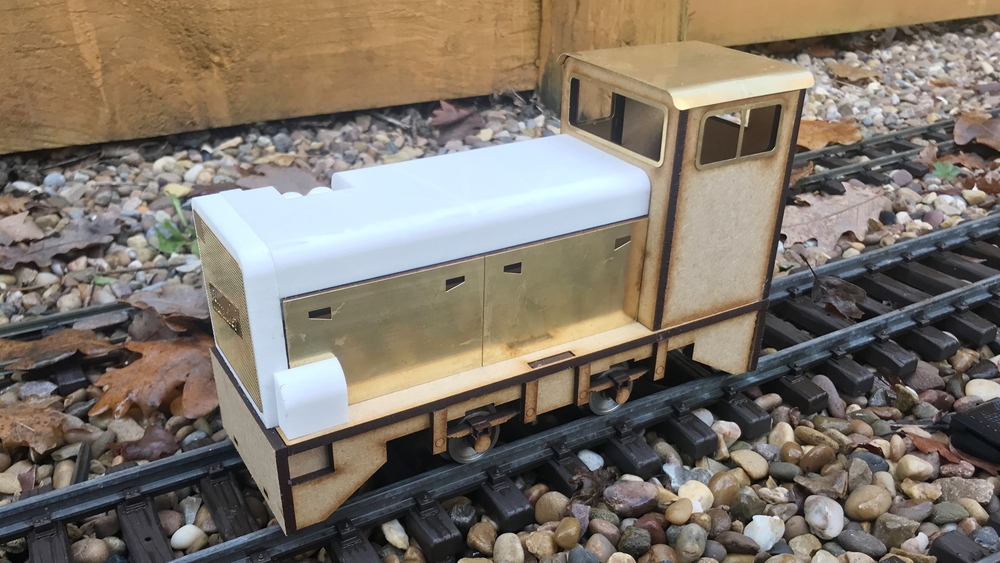 The South African Railways Class 91 was a class of 2ft gauge diesel built for operation on the Avontuur line out of Port Elizabeth in the eastern cape. These engines at first operated alongside then replaced the Beyer Garratts which were then sent to work on Natal. Until recently, most of the class survived however in recent times, a number have been scrapped with a number surviving into preservation.

The Royal Naval Armament Depot 60hp Diesel was a type of engine that operated on the wide array of rail connected depots used by the British Government specifically for the Navy. A small number were built but they saw long and useful service in their intended role. As the depots they served closed, a number have been sold into preservation with examples being found at the Ffestiniog Railway, Lynton and Barnstaple Railway and the Sittingbourne and Kemsley Light Railway amongst others. The Class 91 is modelled in as built condition and the RNAD is based on the preserved Barton Hall on the Sittingbourne and Kemsley Light Railway. A Spoornet condition Class 91 is being considered and the RNAD can be offered with one or two belt covers to allow for a wide range of these engines to be modelled.

Both feature laser cut construction, 3D printed sections and plenty of etched detail! They’re suitable for 32mm gauge and 45mm gauge. Both engines will feature PDF Models power units and come complete with Accucraft Chopper Couplings as standard! Neither are available yet with the RNAD diesel being due at Sittingbourne later this year and the Class 91 being due at Exeter! 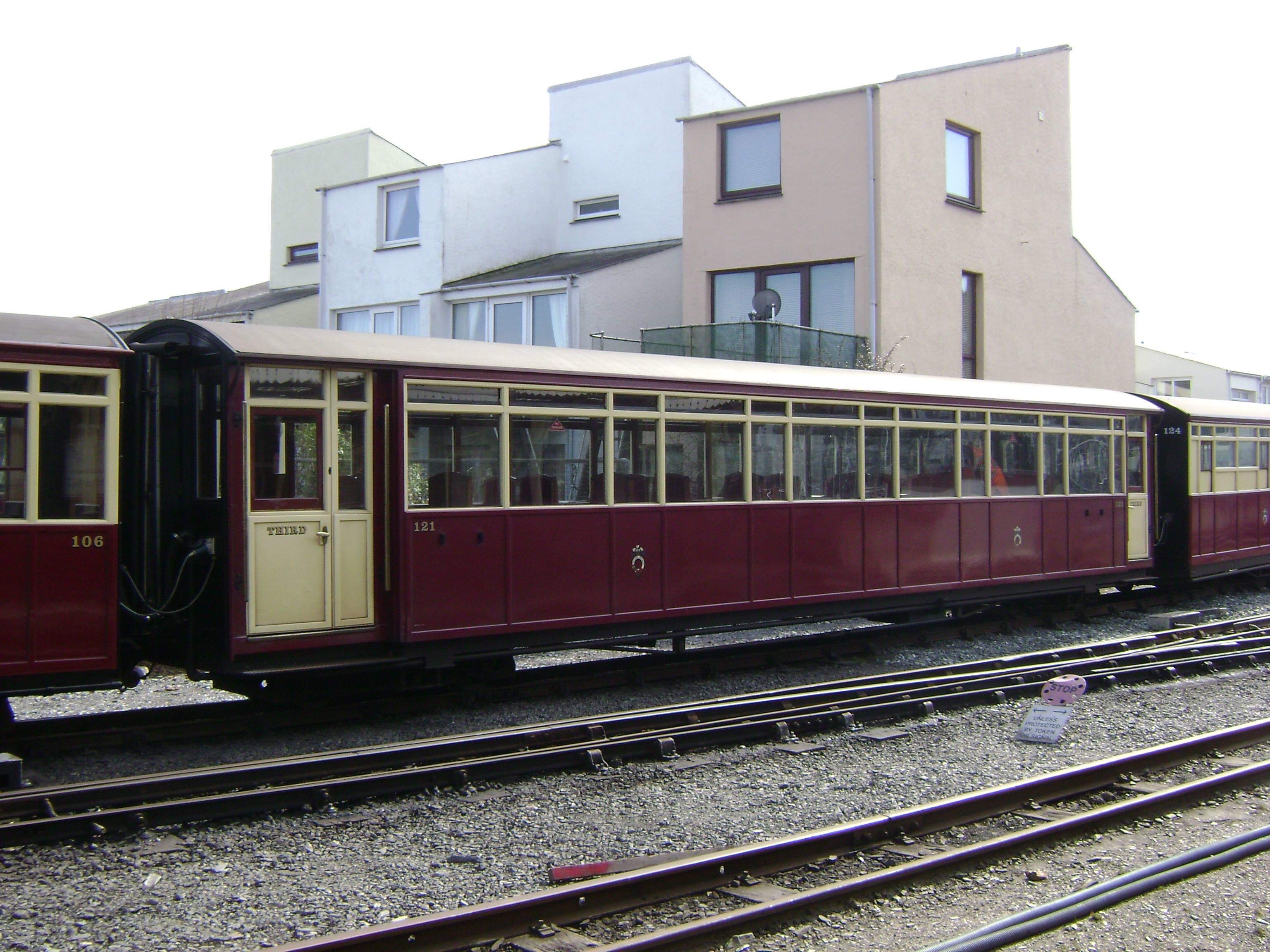 We have listened to you and are releasing 4 Superbarn style coaches! Covering both styles of saloons, service car 125 and Pullman 150, this range along with potentially the 5 FR coaches currently in storage which will complete the Bowaters Models FR Range in full. We’re aiming for the first one to be at Exeter with a similar price to our 13m WHR coaches. This should bring the FR fleet up to 19 different coaches along with a full range of WHR coaches. We are also actively considering making Service Coach 2011 to complete the WHR range along with the in-development coach 2100 'Glaslyn'. Image by Max Brayne.

Awesome! Superbarns are an obvious addition.
Intrigued by the 5 "in storage"...
Limitations only exist if you let them.
Top
Post Reply
153 posts