Indication and alarm of Turnout status

What is your latest project?
Post Reply
4 posts • Page 1 of 1

Indication and alarm of Turnout status

After many months of ‘carpentry’ eradicating the termites and rebuilding my train room, I decided a bit of electronics would be a change and maybe get the grey cells working.

The new track arrangement in my train storage room (called Termite) has 4 sidings leading off the reverse loops. If a turnout is left open to the siding, and a train run in around the reverse loop the train can finish up in the buffers of the siding, or worse, hitting other trains in the siding.
Of course I myself would never leave the turnouts set for a siding

So my first idea was to just put an indicator light on each turnout with a bright red LED.
Then I thought an audible alarm would be useful to remind operators outside the room not to let their train enter.
And then after a near miss, I realised that the wagon storage drawer could be left fouling the mainlines. So another alarm was called for.

To detect the state of the turnouts, I used a photo-detector. It just requires 2 resistors and the LED in addition to the photo-detector.
A piece of plastic glued to each turnout tie-bar slides in the optical slot to block the beam and turn on the red LED. 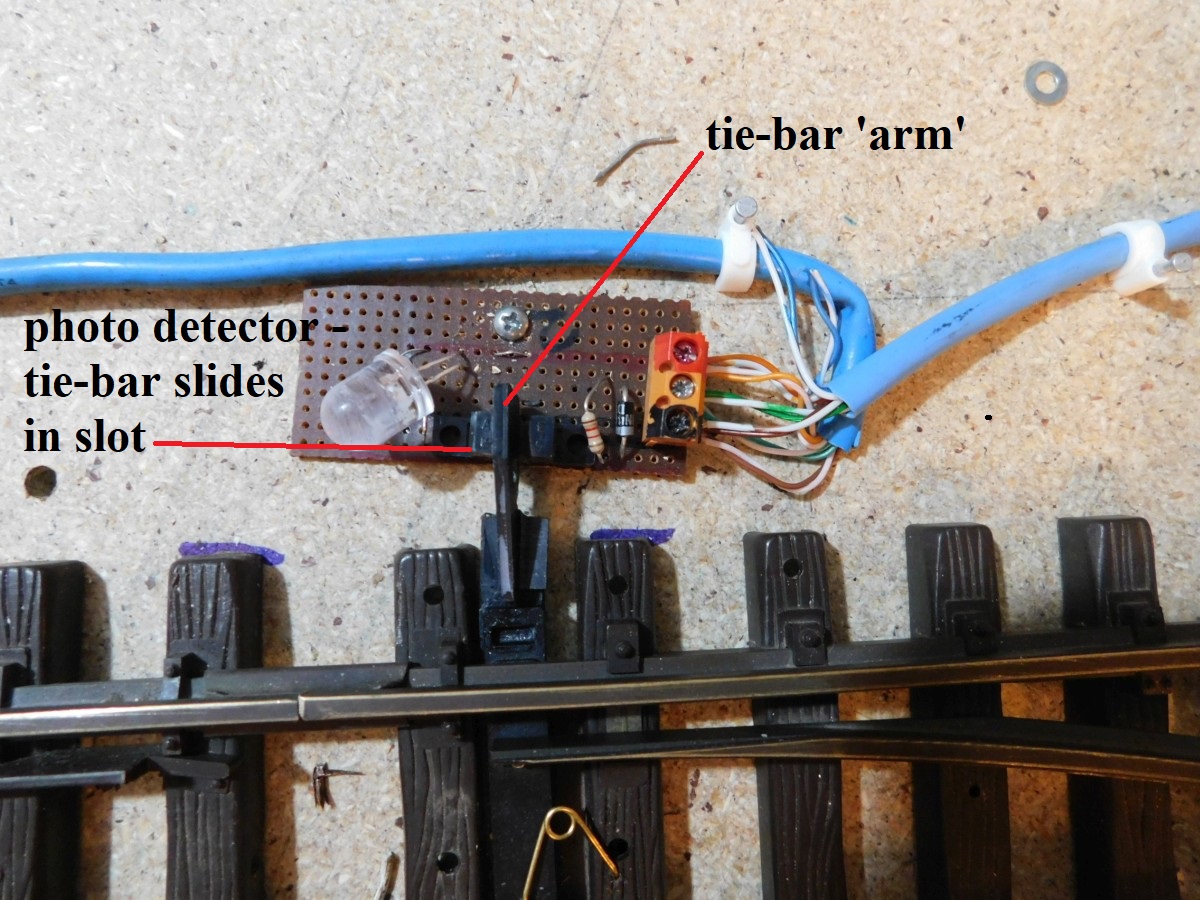 An alarm is also triggered by each turnout and sent to a common alarm board which uses a picaxe (micro computer) to sound the alarm softly for about 20 seconds and then go loud until all alarms are reset.
There is also a Light Dependent Resistor (LDR) to detect when the drawer is fouling the main line and it connects to the alarm. 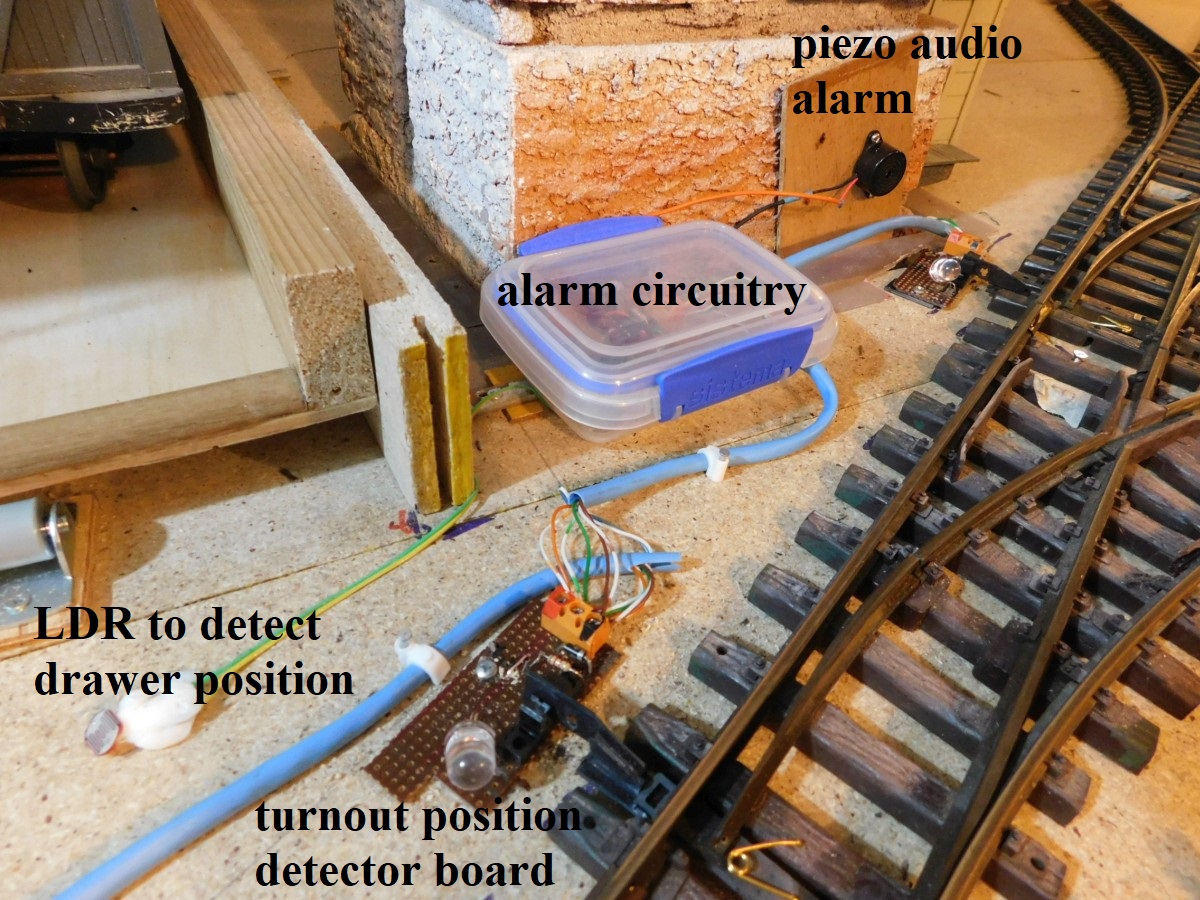 Ingenious, Greg. That buzzer would sure make me want to reset the points to shut it up .....

That's a really ingenious solution - I'm not sure it would be weather resistant enough for my all outdoor railway, but some method of making drivers aware of point settings would be useful.
Phil

Lonsdaler wrote: ↑
Tue Nov 30, 2021 9:57 pm
I'm not sure it would be weather resistant enough for my all outdoor railway, but some method of making drivers aware of point settings would be useful.

That is exactly why I built my 3-way signal some while ago.
https://gardenrails.org/forum/viewtopic ... ls#p138315
Philip
www.tinyurl.com/philip-trains
Top
Post Reply
4 posts • Page 1 of 1