Do you have a problem? Here is the place to appeal for help
Post Reply
9 posts • Page 1 of 1

I'm finding myself with some time to work on my indoor line at the moment and would like to start ballasting the track. Being an indoor line I can ballast it in the 'conventional' model railway way with PVA, but I wonder what people recommend for use as ballast. I think I'd like a grey ballast.

Thanks in advance!
Check out my steam and engineering youtube channel at...

True grey is a rare beastie in my experience, although I have heard of grey acquarium sand being used, not tried it myself.
I use the fairly common greenish grey granite and get mine from
https://resinbondedaggregates.com/produ ... ranite-3mm
It describes it as green but it isn't really green, it just has a greenish tinge especially when wet, which isn't really noticeable when dry and soon disapperars as dust collects.
Philip
www.tinyurl.com/philip-trains
Top

For ballast, indoor and outdoor, I use a fine crushed stone which is available from builder's merchants...... 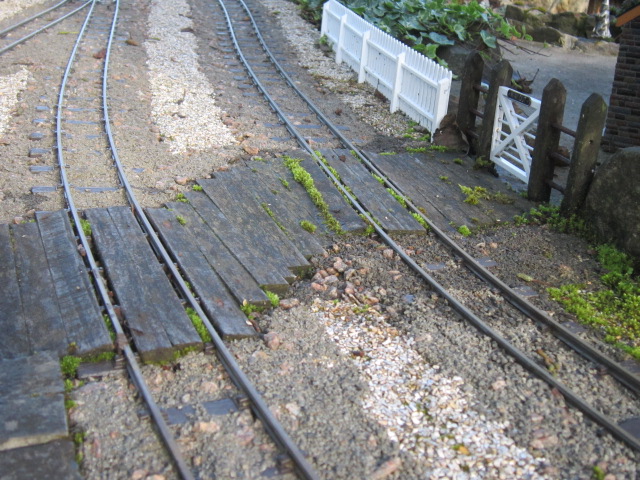 PVA is fine for indoor use but I use SBR outdoors.
Unfortunately I don't know what they call it as I get mine via a friend who uses it in moulded structures.
The best things in life are free.... so why am I doing this?
Top

Thank you chaps! I'd found that green granite from Resin Bonded Aggregates while having a search around yesterday, but it seemed like I had to pay for a pallet of it to be delivered!

A friend of mine has just said he has some 3-6mm crushed stone knocking about, so I'll pop up with a sieve!
Check out my steam and engineering youtube channel at...

Ballast is an interesting topic - I really must get out more!

I've been contemplating the subject for some time for my Charnwood Forest Light Railway. Being fictionally (and physically!) set in the Charnwood area of Leicestershire, with one end at the granite quarries at Shepshed, I was thinking of a scale granite ballast, but it needed to be pink to match the local stone. I found some in the same place as steamyjim but cost and volume brought me up a bit sharp and the project paused. I've revisited it a couple of times but it was only about a month ago when I realised that there was no way a piddley-poddley little narrow gauge railway, built on a shoestring even thinner than you're average country branch line, would ever be able to afford granite ballast - not even if it was on the door step. My line would have had to cut through some granite in construction but you can bet the company chairman's salary on the fact that it would have been used in bridge construction or sold to earn some dosh! Even the incredibly high engineering standards of the Great Central Railway (which would have had a hand in the Charnwood Forest Light) didn't run to granite top stone. They effectively cobbled the formation with rough granite boulders, but these were blinded with ash and the track laid on top with ash ballast - of course! Ash ballast! Virtually every railway company was using it by the last quarter of the 19th century and continued to do so for the first half of the 20th. It was available in vast quantities from industry as a waste product so it was cheap. It drained freely (when clean and new) and it gave excellent support to the sleepers. It also formed a solid mass so it held them in place laterally too.

Here was the solution to my problem. I have a coal fired Rayburn at home and I work on heritage railways so I'm fortunate to have a free and easy supply of the stuff but I'm sure anyone turning up at their local heritage line and asking for a carrier bag full would be able to obtain a supply (and possibly some sad and pitying looks!). You may well need to crush it down but it's an easy (if messy) job. I gave it a trial run last week, fixing it with the tried and tested Peter Butler ABR technique as described on this 'Time to build a railway...' topic. 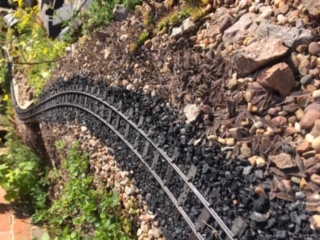 It's early days yet to comment on durability but so far I'm quite pleased with the results.

Jim,
Yes the delivery cost from Resin Bonded Aggregates is extreme. I managed to get 2 x20kg bags for a tenner some years ago when in their area of Derbyshire for work. Just called in, paid cash and loaded it in my car.

The ash ballast looks smart indeed! Perhaps a darker ballast may be a good idea seeing as being indoors my line will not naturally weather...

I've normally got a ready supply of the stuff but she hasn't seen a fire this year yet! 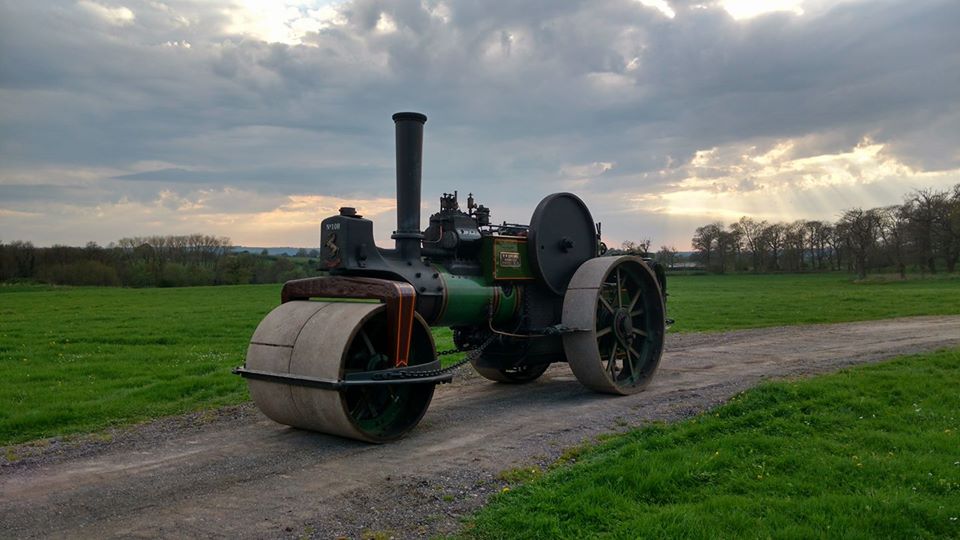 Check out my steam and engineering youtube channel at...

Thanks for the compliments Rd and Philip.

You not only have the means of producing your own ash but the 'production unit' will also reduce it to scale size!

Andrew
"Smith! Why do you only come to work four days a week?
"'cause I can't manage on three gaffer!"
Top
Post Reply
9 posts • Page 1 of 1