First visitors to SaTR for 3 months

First visitors to SaTR for 3 months

FINALLY, I was able to have a couple of friends over to run trains.
The track had a few problems but we managed to have a great few hours, in perfect winter sunshine.
Here's a rather disjointed video.

Always great to see a video from your line Greg. Glad you have had a few friends

round for a much needed get together after such a long time cooped up.
Unfortunately Anne and I are in the vulnerable group, so no get together with anyone just yet

Inevitably the long period of inaction caused some track deterioration which came to light with the visitors.
So the next days were spent on some work.
Some track was out of gauge, so that was corrected.

The track on Lilyvale viaduct had, for some reason, developed a 'slant'. So it was leveled and reballasted. (For a while I thought the whole viaduct had shifted, but thankfully not.) 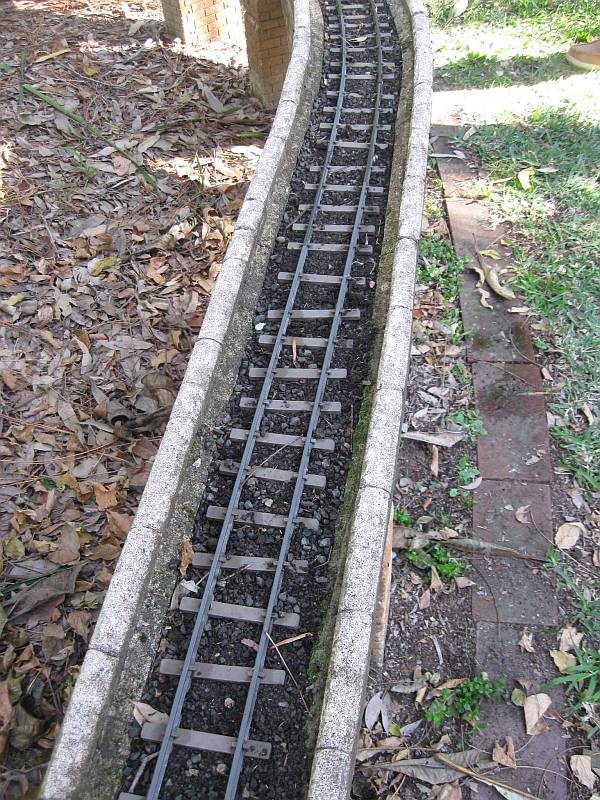 And the front aluminium railed siding at Melaleuca, which was already slated for repair, was replaced with brass rail reclaimed from Ti-tree.
before 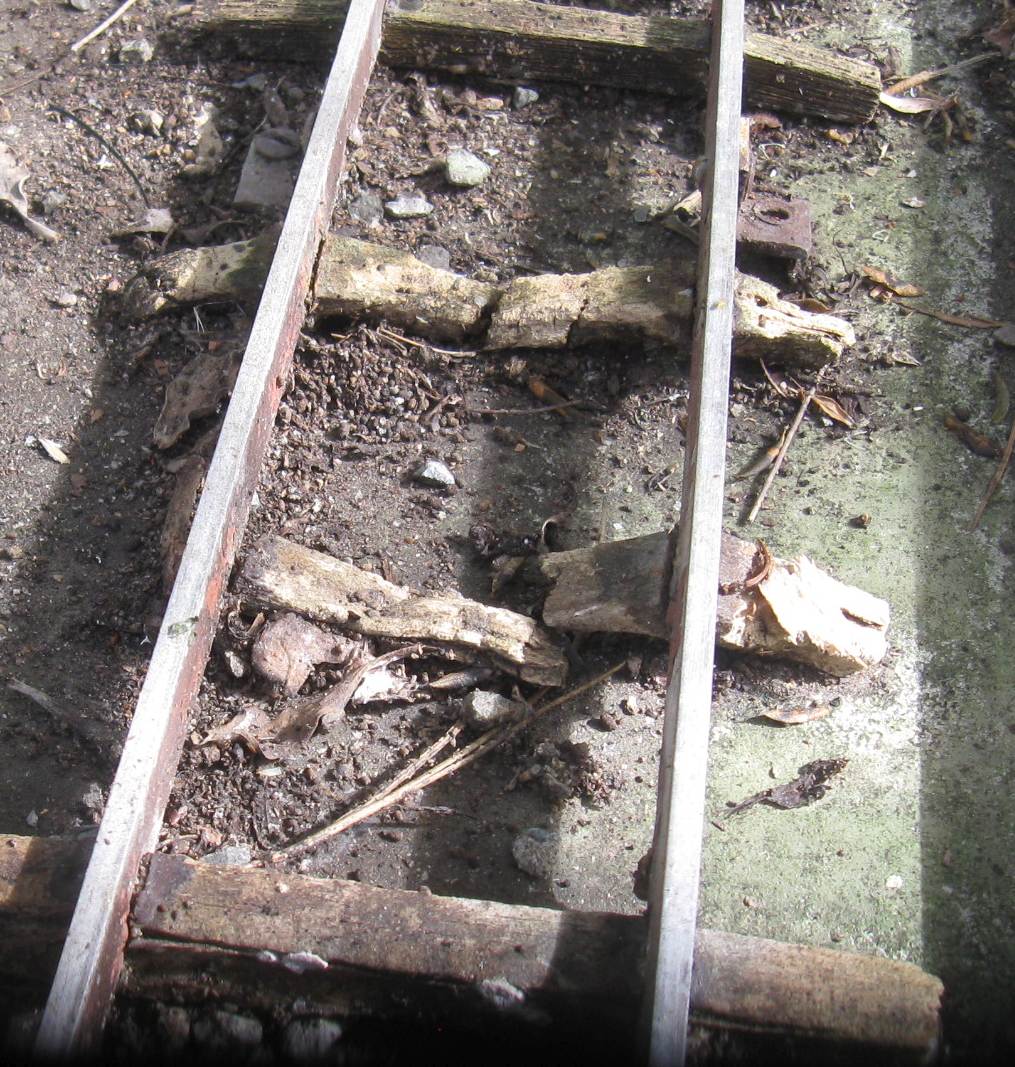 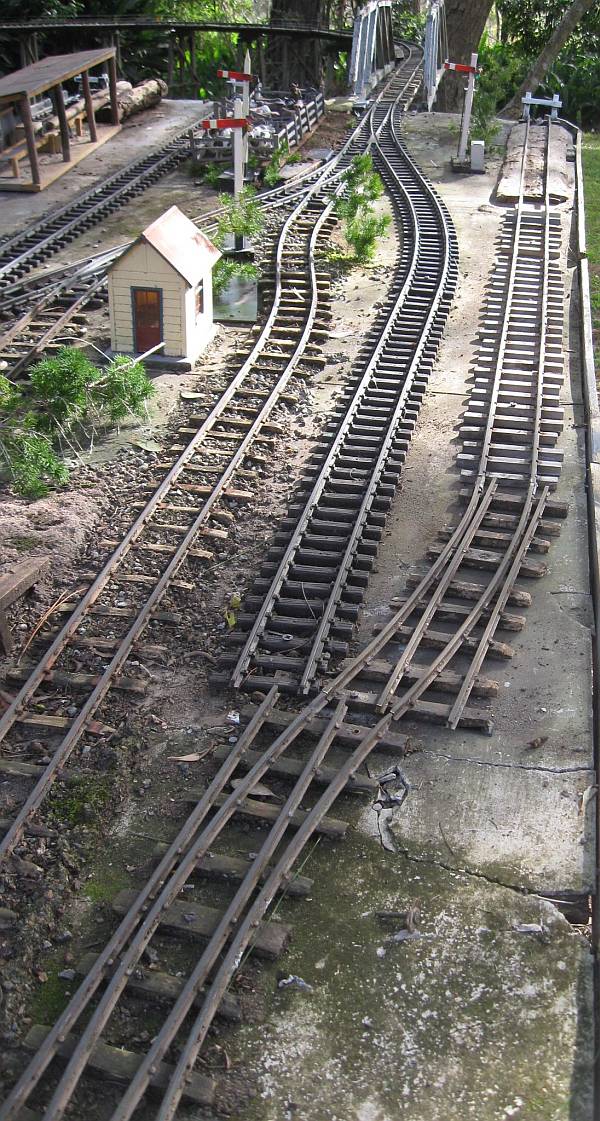 The siding is on the right. Note how I reused an old swivelling turnout as the reverse curve onto the siding - it is not used as a turnout. I could have removed the straight rails, but I am lazy.
The bottom left turnout IS a 3-way swiveller.
Greg from downunder.
The Sandstone & Termite's website: http://www.members.optusnet.com.au/satr/satr.htm
Top

Those sleepers on the alu track sure looked well past their Best By date, Greg. How long has that section been in situ?

ge_rik wrote: ↑
Mon Jun 29, 2020 2:00 pm
Those sleepers on the alu track sure looked well past their Best By date, Greg. How long has that section been in situ?

They were installed June 2004, so 16 years. Treated pine. The sleeper at the top of pic is a different wood that I initially used and it lasted a lot longer.
Greg from downunder.
The Sandstone & Termite's website: http://www.members.optusnet.com.au/satr/satr.htm
Top
Post Reply
6 posts • Page 1 of 1