A place for discussing battery-electric locomotives, whether they're diesel, steam or even electric outline
Post Reply
81 posts

Thanks both. I am increasingly thinking I am going to have to build a coach to go with it, perhaps a Rye & Camber inspired 'car' with balcony ends... must stop starting to many projects at once

That's the trouble isn't it. I have at least 4 started, but no where near finished.

I usually have at least four projects on the go at any one time. I usually work my way through them - though some take longer (maybe years) to finish compared with others. I find it useful to switch to another project when, for example, I'm waiting for paint to harden off or concrete to set.

And then, of course, there's the projects not yet started. My current to do list runs to around three pages of A4!!!

I know I'm an oddity amongst modellers but I rarely have more than one thing on the go. I hate having anything unfinished, whether building a model, decorating a room or reading a book, I simply have to keep going at every possible moment, much to my wife's annoyance.
Philip
www.tinyurl.com/philip-trains
Top

I think I would place myself in the same category as Philip, not having more than one model or kit on the workbench at any one time. I may have done so in the past and discovered it doesn't work for me, but I can usually continue with another part of the same build whilst waiting for something to set or dry. I can see the temptation of available kits could lead to multiple builds but scratch building would make it more difficult. Certainly the need to finish becomes an obsession with me once I start on something. You might have noticed I am quite a fast worker.
I don't have a 'to do list' nor do I ever draw a design as I know none of those things would ever be carried out.
The best things in life are free.... so why am I doing this?
Top

I was bit like Peter when I first started in 16mm, but the urge to get some building done and rolling stock took over. Then for some reason I did lose interest and now it takes ages for me to finish my builds, it's never been my way of doing things. Maybe it's been my health issues, I don't know.


But hey, let's not dwell on that Tom. You do excellent work on your builds. Carry on please and show us more of it.

Thanks again for everyone's encouragement on this project. On projects in general I identify with a lot of what has been said. My enthusiasm for tasks, whether model railway related or not, comes and goes. It's the old analogy about a grass fire - it spreads quickly, but at the same time, quickly goes out in the original area. Luckily that hasn't happened yet with the Bagnall though.

That said, I do have a couple of questions for you folk. I've run into a couple of frustrating hitches recently, perhaps someone knows what the problem is?

Firstly, my latest coat of car rattle-can paint (on the cab / tank structure) came out badly, like a dull matt finish. This didn't happen on previous coats of the same paint. Was this my own fault for doing it on a day with too much moisture in the air, or is it some other mistake?

Also, I've used Humbrol model paints for some detail, specifically red for the buffer beams. I cannot get a good finish on it at all, even after several coats, and it doesn't seem to adhere very well either. I don't remember having this problem as a teenager painting Airfix models or stuff for my N gauge layout. This was a while ago, mind, and in the intervening years these paints appear to have switched from an oil to water based formula. Are the paints just not as good anymore, or not suitable for Plasticard? What are other people using?

Thanks for your help

Tom,
To answer this point, it isn't 'you', it's Humbrol. The early stuff we all knew and loved, stopped being made back in about 2006 when the company went bust and was bought by Hornby. They shifted production to China ( surprise!) and the quality went down the pan( even bigger surprise!!). Although they subsequently brought production back to the UK it is still not a patch on the original stuff. Main problem is its very poor covering power needing many coats to get any depth of colour.

Acrylic paints have become the paint of choice for many people. Revell do a good range, and Games Workshop/Citadel are pricey but very good although they only do strange colours with weird names!
Philip
www.tinyurl.com/philip-trains
Top

I use rattle can acrylics on most of my models, always beginning with a grey primer on all surfaces. Sometimes the finish can vary according to the colour, make, undercoat, cold or damp conditions. For detailing, such as buffer beams etc, I always use Games Workshop acrylics, which are not cheap as Philip has pointed out, but excellent quality having dense pigment. They leave no brush strokes after drying.
Once the model is painted I spray locomotive bodywork (plastikard models) with a Satin Clear Lacquer, which gives a consistent finish, or matt lacquer for goods rolling stock. 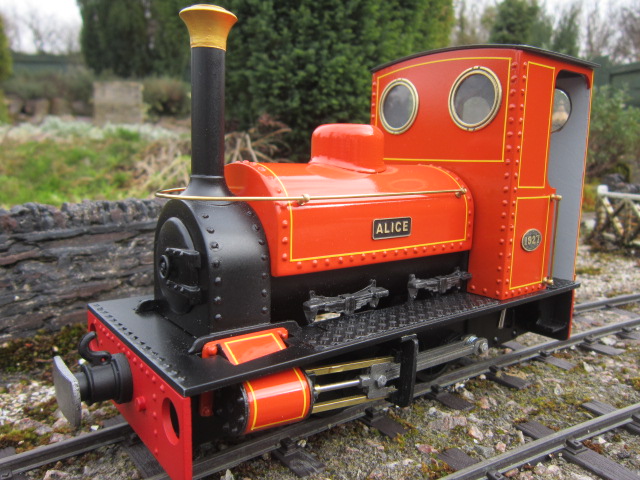 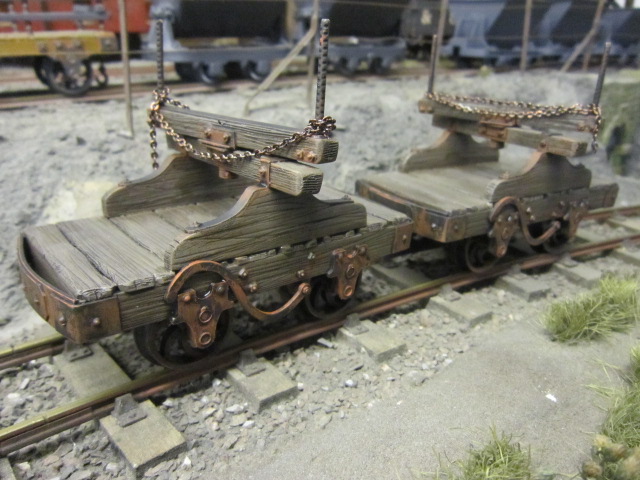 Sometimes a light matt spray over a satin coat gives a nice finish.
Humbrol paints are not used on the BURPS.
The best things in life are free.... so why am I doing this?
Top

I haven't used Humbrol for some years now, even though I do have some left lying around. I just can't bring myself to throw them away.
Responsibly if course

You won't go far wrong with following Peter's advice. I do, putting a grey primer on before painting with any medium, wether its rattle can, brush or spray brush. Damp conditions is a no go with rattle cans or spray brushing. Use some wet and dry and give the paint work a good smoothing out and try again, hopefully in dryer conditions and see how it goes. You should get a better result.

Thanks for the advice everyone. Much appreciated. I'll be avoiding that brand in future. Pity that the qualify isn't what it used to be.

Now just waiting for a nice dry day to re-spray my loco!
Top

Peter Butler wrote: ↑
Tue Jun 30, 2020 8:43 pm
I use rattle can acrylics on most of my models, always beginning with a grey primer on all surfaces. Sometimes the finish can vary according to the colour, make, undercoat, cold or damp conditions. For detailing, such as buffer beams etc, I always use Games Workshop acrylics, which are not cheap as Philip has pointed out, but excellent quality having dense pigment. They leave no brush strokes after drying.
Once the model is painted I spray locomotive bodywork (plastikard models) with a Satin Clear Lacquer, which gives a consistent finish, or matt lacquer for goods rolling stock.
IMG_7088.JPG
IMG_3221.JPG
Sometimes a light matt spray over a satin coat gives a nice finish.
Humbrol paints are not used on the BURPS.

Peter, those both look amazing! Great job. What did you use for the lining?
Top

Humbrol brought back their paint production to the UK years ago as mentioned and all the new tinlets I have bought are good quality.

To get the best out of them store upside down and mix throughly!
YouTube Channel
Top

Hi Tom85, thanks for the comments, the lining I use is a self adhesive tape which is available in a huge variety of colours and from many sources on-line....... 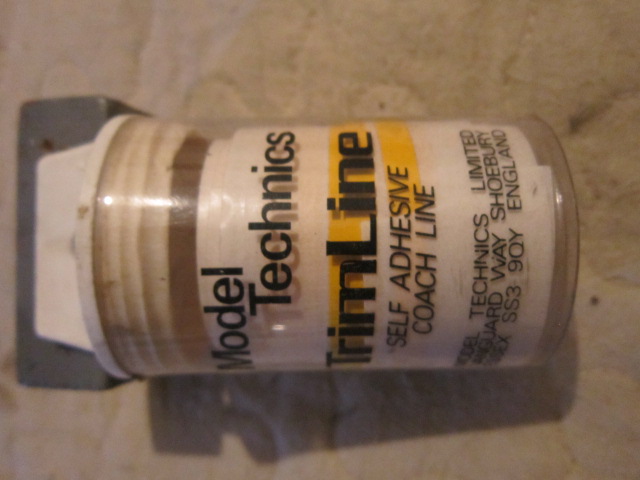 It includes several different widths of tape, even the wider ones can be trimmed to suit, so there is no waste.
Once applied I use the acrylic lacquer to seal it in position.
The best things in life are free.... so why am I doing this?
Top

Progress has been a bit slow of late, but I have now got the main body sections painted. Annoyingly I didn't get a great finish from the rattle can. It's nowhere near as good as I got on my Fowler Peldon kit. Lesson learned - always use Halfords rattle cans (I used a different brand this time simply because I had some).

Meanwhile, I've also added lead weights to the inside of the side tanks and the coal bunker, to (hopefully) improve the traction, as there is very little weight in either the little chassis or the plasticard body. This weekend's job will be to have another look at the wiring, I seem to have a poor connection somewhere. 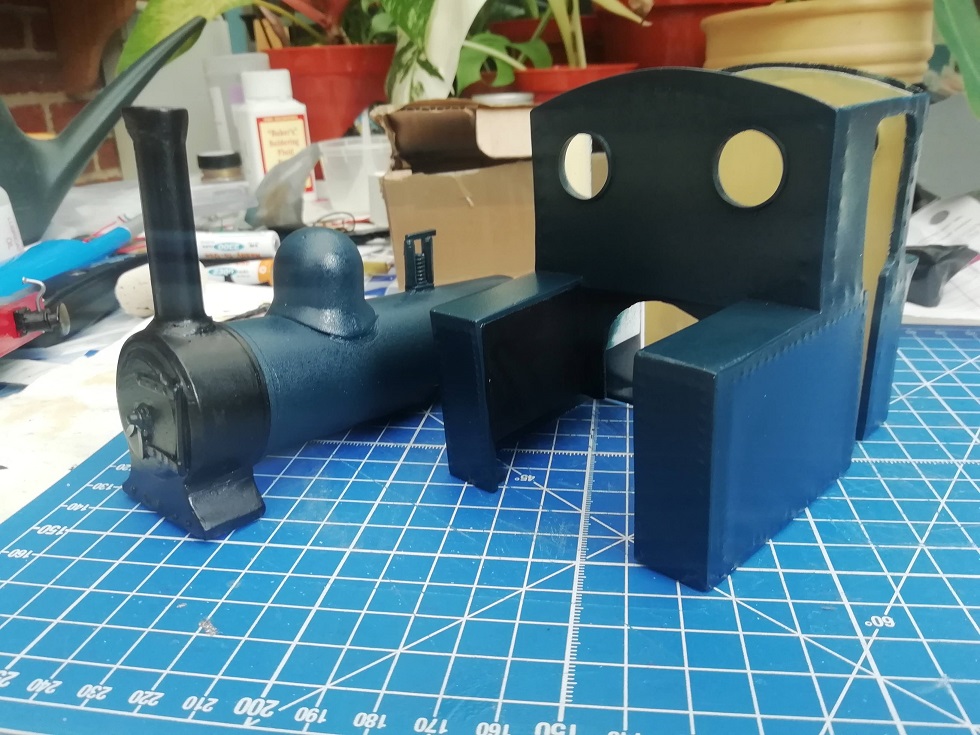