New arrival on the GWLR

A place for discussing battery-electric locomotives, whether they're diesel, steam or even electric outline
Post Reply
19 posts

Belatedly, here is an attempt to catch up on the trials and tribulations of a Mamod Boulton, including both detailing (done and yet to do) and problems encountered, together with the solutions.
As Received, and Running In
This is the loco in 'factory condition' 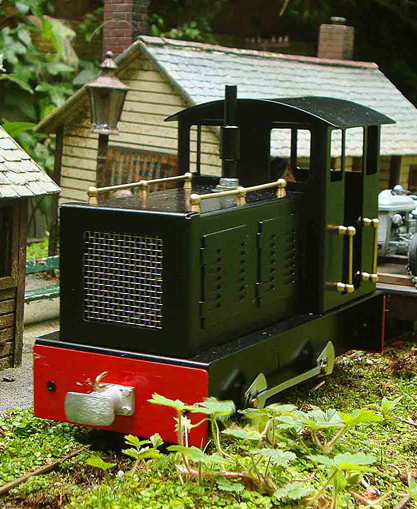 As supplied, she is manually operated - with a battery holder for 8 AA batteries, which could be fitted with rechargeables and charged in situ via the provided charging port in the cab (a fairly standard 2.1mm socket). There is a toggle switch in the cab also, which switches the loco on or off together with a switch which changes direction from forward to reverse or vice versa. Speed is controlled via the exhaust stack, which is simply an extension to the arm on a potentiometer.
The chassis and running gear is manufactured by Essel and supplied to Mamod for assembly, as I understand it.
I ran the loco in this condition for all of last summer, and it performed reasonably well, but as it 'ran in' one or two problems became apparent The motor and gearbox gradually became noisier in operation. Upon inspection it appeared that the motor had somehow worked its way loose, and one of the brass wheel bearings had become detached from the chassis and was just rotating on the axle. 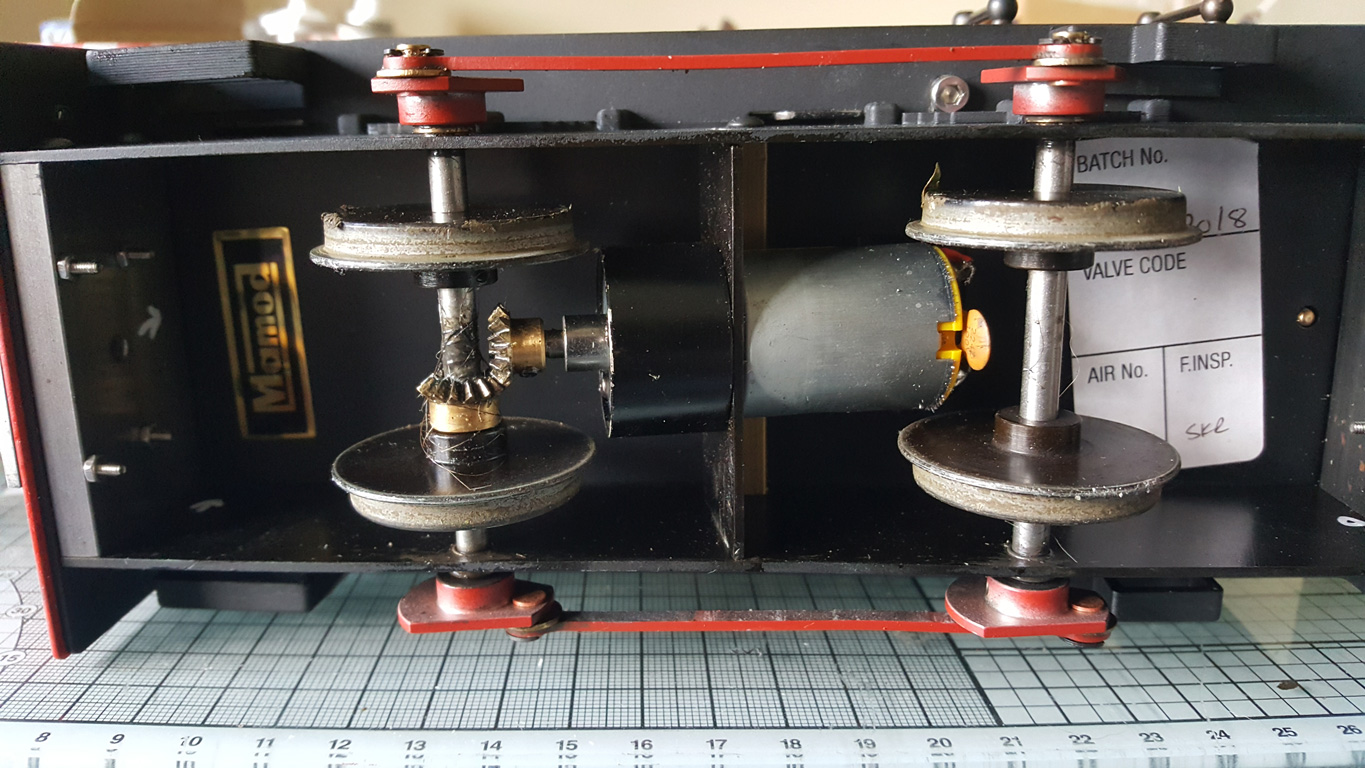 (Having taken this photograph, I realised how much crud had accumulated around the gears and it has now been cleaned!)
I decided to disassemble the running gear and motor to check there was no inherent fault. The problem with the motor was fixed by simply tightening the mounting screws for both the motor and the gearbox, which had either worked loose or never been tightened to the chassis in the first place. The brass bearings had been fitted with the flange to the inside of the chassis. As they were a push fit, they had simply worked there way out onto the chassis and become free floating. Reassembling them with the flange outside the chassis meant that the coupling rod assemblies would keep the bearings in place on the chassis members. It may be that when set to 45mm this wouldn't be an issue, as the wheels would keep the bearings in place on the chassis, but that isn't the case when set for 32mm running.

It would appear that the problems are simply due to a lack of quality control in the assembly process - they were easily fixed once apparent and don't detract from the usefulness of this little loco. I would say that if you are considering a Mamod Boulton, don't let these niggles put you off. It is a well engineered chassis to a trusted and proven design and will form the basis for an interesting and individual diesel locomotive, or even just provide a quick set up useful engine. I'll go on to the work I'm doing to make mine more individual in another post.
Phil

Good to know the issues are with assembly. I've been impressed by the quality of the Essel chassis I've seen. The Boulton's still looking good to me, look forward to seeing the changes you've made.
http://moelrhos.uk
Top

Thanks for the report on your Mamod Boulton Phil. If I ever get around to being able to get one it's good to know that it is an easy fix..

It's members like you that help members like me with so much inspiration. That is wants so great about this Forum. Plus meeting people like you, if only once at a steam up at Arthur Ashby's two years ago, who gave me a lot of really friendly advice.

Ps. Only got another 18 more Notifications to go. They will have to wait for now. Anne's time limit for me on the forum has expired for today...

I quite like the look of this too. Think I might do something similar on one of my chassis and see how it turns out, always like a good challenge, lol. Looking forward to seeing it when you have finished your detailing.