PETG or not PETG?

A place where discussions are about 3D printing.
Post Reply
24 posts

Both of those look OK-ish but still a lot of cleaning up needed, not sure it is giving overall better results than PLA though?
Philip
www.tinyurl.com/philip-trains
Top

A hairdryer on hot or very careful use of a heat gun gets shot of all the hairy bits, you could try printing a temperature tower to get ideal heat setting...
Top

Nickclarke wrote: ↑
Mon Aug 23, 2021 2:59 pm
A hairdryer on hot or very careful use of a heat gun gets shot of all the hairy bits, you could try printing a temperature tower to get ideal heat setting...

Thanks Nick. I'll give it a try.

I've now finished my first complete model with PETG. It's taken a while, firstly because I've been busy with non railway related projects (and socialising) and secondly because it took me quite a while to experiment with adhesives and solvents. 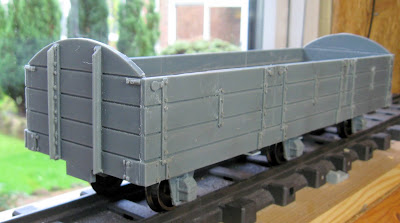 Here are my conclusions so far:

Bed Adhesion
PETG sticks to the print bed like the proverbial to a blanket. I use a layer of Pritt on the bed, not to help with adhesion but to help with the removal of parts. I coated the bed with a thin layer of Pritt several weeks ago and haven't needed to replace or add to it.

Stringing
I've reduced stringing by lowering the print temperature and reducing the fan speed while printing, but I've not eliminated it. As a consequence, finer details like rivet and bolt heads tend to get gummed up and even with Nick's tip about the hot air gun, are tricky to clean up. 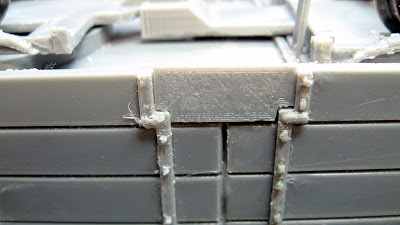 Joining parts
As indicated above, I really struggled to join parts together. Superglue didn't! PVC Pipe Weld worked OK when the two large surfaces were joined but was useless with parts with a small surface area. Revell plastic glue didn't make any impression but eventually, I discovered Plastic Weld (Methylene Chloride / Dichloromethane) worked, but it takes a while to harden off and so increases construction time quite markedly compared with PLA and thick Superglue.

I've not yet tried painting this model, but some previous test pieces seem to accept paint quite well.

I don't have problems with excessive sunny temperatures (yet) in this part of the UK and I've been reassured that the biodegradation of PLA won't be an issue (certainly in my lifetime), so I'm not yet convinced that PETG will replace PLA as my filament of choice. Unless, of course, I make a major breakthrough with stringing and joining parts.

Thanks for the update Rik. I've always doubted that PETG would be worth the extra hassle, and atm you seem to be confirming my suspicions.
Having said that, the wagon looks pretty good overall.
Philip
www.tinyurl.com/philip-trains
Top

Good to see the results of your experiment, I think I'm in agreement with Philipy regarding the usefulness of PETG for models. I do have a roll of it, but haven't really had a good reason to use it yet.

Regarding the stringing, I've seen that excessive stringing can be a result of the filament taking up water, it might be able to be reduced by drying the filament prior to use. Then again, I think PETG is just more naturally prone to strings, it might make little difference.
Top

metalmuncher wrote: ↑
Tue Sep 21, 2021 3:17 pm
Regarding the stringing, I've seen that excessive stringing can be a result of the filament taking up water, it might be able to be reduced by drying the filament prior to use. Then again, I think PETG is just more naturally prone to strings, it might make little difference.

Thanks for the suggestion.

The reel was vacuum sealed in plastic with silica gel bags before I used it, so I think it would have been fairly dry. The stringing was worst before I reduced the print temperature and the fan speed. I might try tweaking both again to see if I can reduce it further but, as you say, PETG does seem to be prone to stringing.

If I can't improve on it, I might try drying it out in the oven before the next print run to see if it makes a difference.

That is all very interesting.

Particularly the issue of gluing things together. How you glue things is really an important consideration. It is partly why I started to use ABS - where the solvent glue is acetone. I had acetone in the garage left over from boat repairs.

The print quality on the wagon seems OK.

OK
I've now reached the end of the reel of PETG and reached a conclusion.

I have decided to abandon PETG in favour of PLA+ 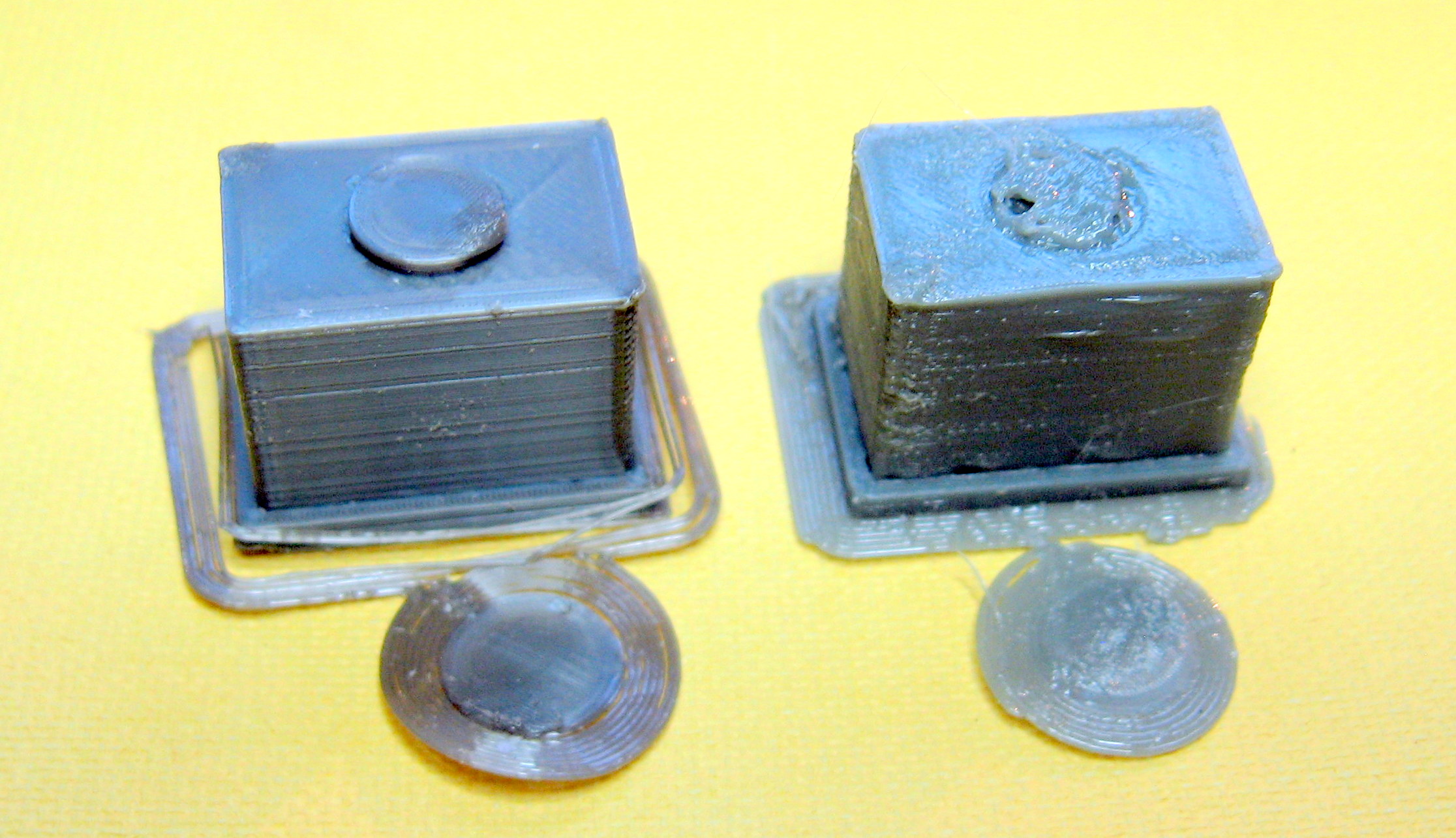 On the left is the sandbox for my Skylark loco printed with PLA+ and on the right is the same sandbox printed with PETG. OK, maybe I should persevere with PETG to see if I can improve on the settings, but I have come to the conclusion that for fine detailed work and small parts such as these, PLA wins hands-down.

It wasn't until the PLA I'd ordered turned up that I discovered it was PLA+, so I used the default settings in Cura for it and this was the first item I printed. Not sure any further tweaking of the settings will improve it, but you never know.

The second object I printed with PLA+ was the smokebox door handle - which is only 8mm in diameter and took 59 seconds to print. I don't think PETG would have produced anything but a blob of plastic. 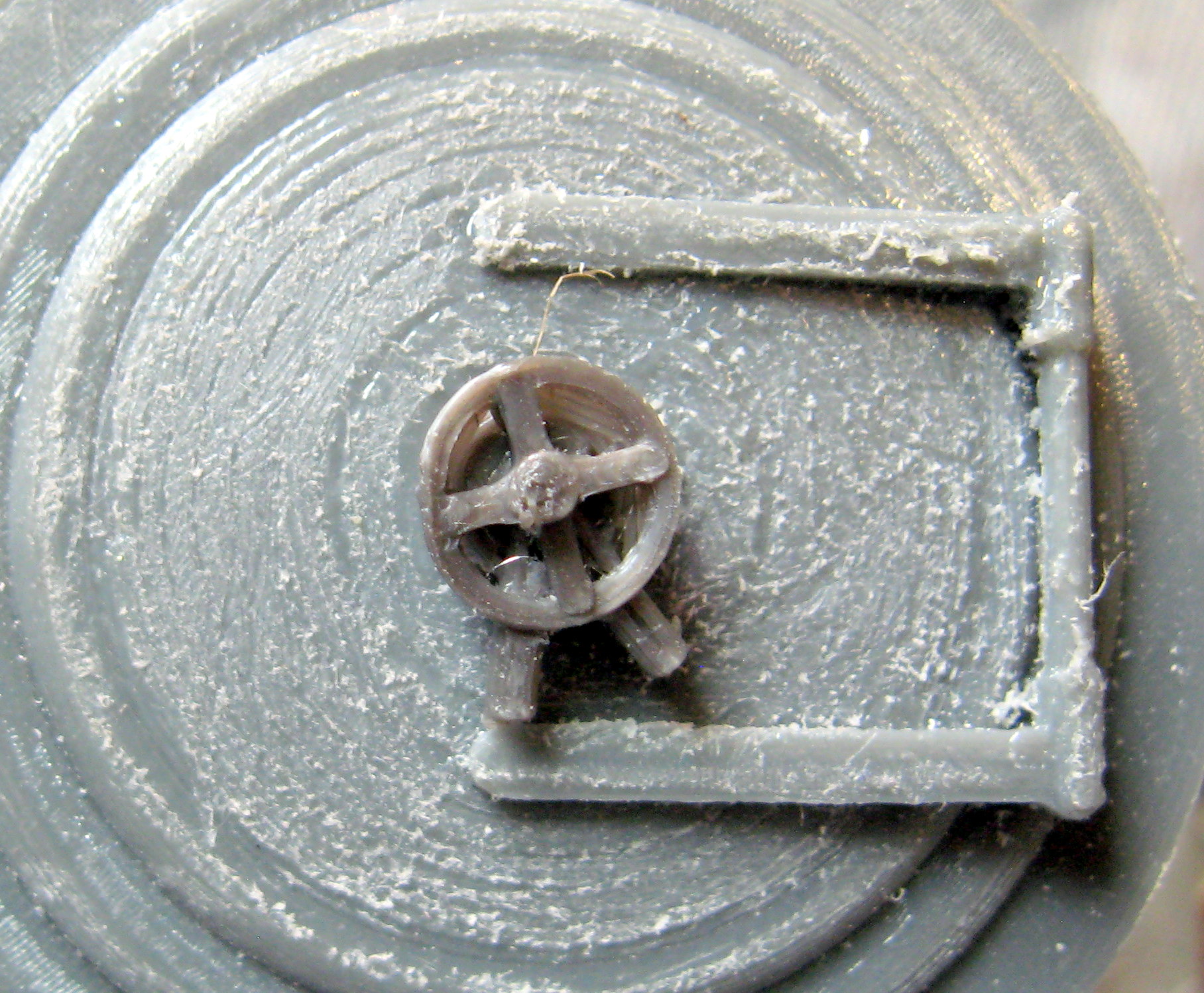