A very popular starting point for Live Steam. With their low cost comes a number of problems which can be discussed here
Post Reply
21 posts

No. 52 of the J&Q is more or less finished. A reversing system has yet to be fitted, the only way that I have come up with given the limited space is underneath and would require a major alteration so I suspect that forward only will be the order of the day! At least for the foreseeable future.

The model has had about an hours running time and is starting to run in. It originally need about 10 psi to getting going which is a little high. So today the chassis was stripped and tweaked a bit and now turns over slowly at 4 psi.

A dead leg lubricator has been fitted. The safety valve now has a shroud. The chimney has been lowered so it will go under the Rhydypenderyn bridge. The plumbing for the chimney has been made so the chimney will act as a condenser/oil separator. Including warming up the Serno will power the model for 10 minutes and use about half the water in the boiler. 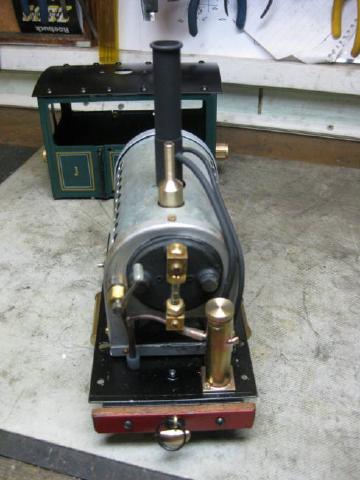 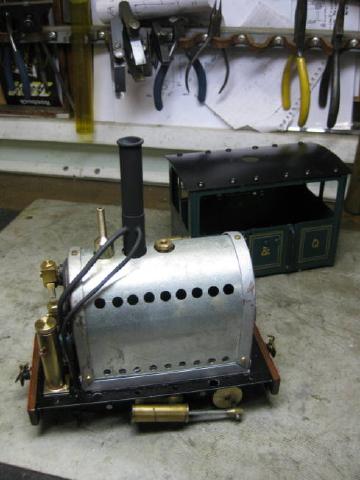 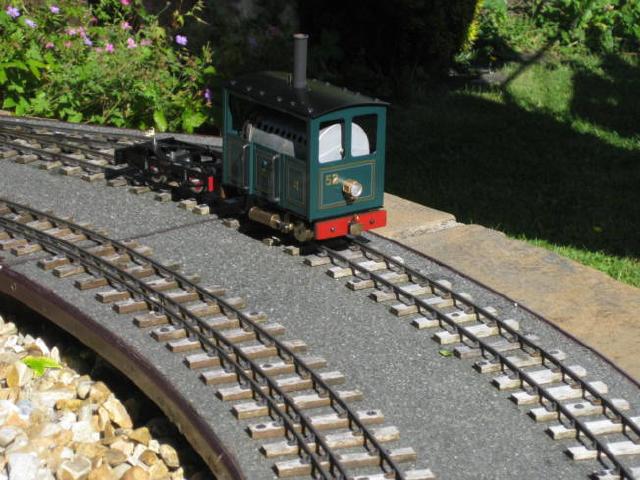 I will need to find some Mamod carriages to modify for it to pull.

My hat is off to you, sir. A unique and elegant little engine
Brian
Top

Very nice! I have a liking for Tram locomotives.

Peter in AZ
Traffic Pattern? What pattern? Spuds out; grain in, but cattle, sheep and passengers are a lot less predictable.
Top
Post Reply
21 posts