A very popular starting point for Live Steam. With their low cost comes a number of problems which can be discussed here
Post Reply
3 posts • Page 1 of 1 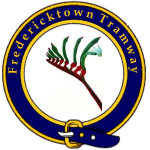 A while ago ( well a couple or years!) I bought an SLk1 on the usual site. When it arrived I tried to steam it using the solid fuel burner and got about enough steam for a couple of sluggish wheel turns.

Enthused by the literature on the forum and elsewhere I stripped it down, cleaned all sorts of gunk out of steam passages etc, lapped everything lappable and ordered some extra bits from dream steam

Then it all got put in a box for too long. Now that it is May and the Fire season here in Aus is over, I thought it a good time to get the thing out and put it together. One of the upgrade bits was a meths burner and I have heard they are a fire hazard!!

So I reassembled everything and deciding on a step by step approach tested just the meth burner, so standard safety valve etc.

With the loco on blocks I filled the tank with meths to overflowing then drew back a fraction into the syringe, Water in the boiler, Steam oil to cylinders, fire to burner. All good , a bit of weeping steam coming from bottom centre of boiler but not much, Due almost certainty to leakage round the steam pipe down from the dome. I thought I would wait until the safety blew before touching the regulator. It never showed signs of blowing so thinking it could be stuck, I opened the regulator after about 10 mins and tried spinning the wheels. I was rewarded with a pathetic gush of oily water. Then the burner went out after 12 mins. Sticking the syringe in the bung hole indicated that it was out of meths.

Curios to compared with something else, I got out may old SE2 which has not been steamed for 45 years!! It has the old vapouriser burner which I filled with meths, filled tank , oiled up and fired up. After 7 mins the piston surged into life and ran for further 22 mins before faltering due to lack of steam/water. I blew that burner out at that stage.

OK To cut a long story short. How long should a dream steam burner last fro and how long does it normally take to raise steam!!

I do not have a Dream Steam 3 wick meths burner but they are all of a similar design and 12 mins could be a typical burn time depending on how you have trimmed the wicks. Not timed one recently but the meths burners tend to take longer than the solid fuel burners to raise steam pressure initially (solid fuel raises sufficient steam pressure in around 2 mins or so using hot water straight out of a boiled kettle).

With regards to them being a fire hazard as demonstrated by other owners I found that changing to the 'Wonder Wick' which was being sold by a trader (who is now no longer contactable) stopped the meths leaking out of the wick tubes causing the flare-ups, and kept the meths in the wick tubes during a rollover (which used to end in a fireball).

This so called Wonder Wick is none other than fire rope used for door seals in wood burning stoves. It is a ceramic material which I've found neatly seals around the top of the wick tubes after you have used the burner a few times. It comes in various thicknesses so it is just a case of getting the right one for your burner. It does not last forever so may need changing out at some point.

With regard to your SL1K not blowing the safety valve have you flushed out the boiler? I always function the safety valve against the spring each time I run a loco and if there is any doubt about the function of these Mamod/MSS safety valves I put some steam oil under the 'O' ring on the top of the operating shaft so that I can see any steam being released more clearly.

Thanks for that. I had a sqwiz inside the boiler and it looks quite clean, any way I did a search on the forum for boiler washout tips and came across a thread of yours from 2008. In it there was a nice drawing of the Mamod steam pipe flow. I looked at it carefully and realized that under my dome there was only an "O" ring and no washer and spring!! The "O" ring that was there when I dismantled it was held in by some sort of silicone type goop and I had just replaced it. Found a suitable washer and spring in the spares box filled up with hot water and Hey presto - Steam raised- wheels going round - all good stuff! Once again thanks.