A very popular starting point for Live Steam. With their low cost comes a number of problems which can be discussed here
Post Reply
20 posts

Corsa's are ok I supose but you really need a Focus

Corsa's are ok I suppose but you really need a Focus

As long as you are not using them in Scottish winters. Had lots of problems with the brakes (badly warped front disks, seized on handbrake cable, etc.). Always been a Vauxhall fan previously (Cavalier then Astra's) before this Ford but the Corsa driver's position is too cramped for my 6' stature.

I'm 6'3" so it does look a little funny when I climb out of it (I definitely agree about the cramped driving position -it's only when i see other people driving I realise how tight it is!) Anyway, back to the project chaps!

Some great progress has been made over the last few days, I now have all the body panels I need to complete the engine, all of which have been primed and are ready for painting (Haven't decided a colour yet - might pontificate for a while to put off worrying about the tricky stuff to come!)

Here's what I picked up from the show as mentioned in a previous post. Mike Chaney cylinders for the leading bogie, new side tanks, new RWM con rods and some other bits and bobs. 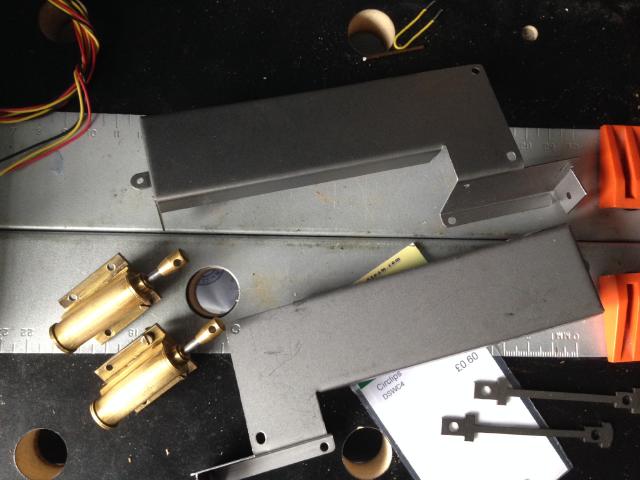 Here's the bits that I had so far, just after the show - they are beginning to appear now! 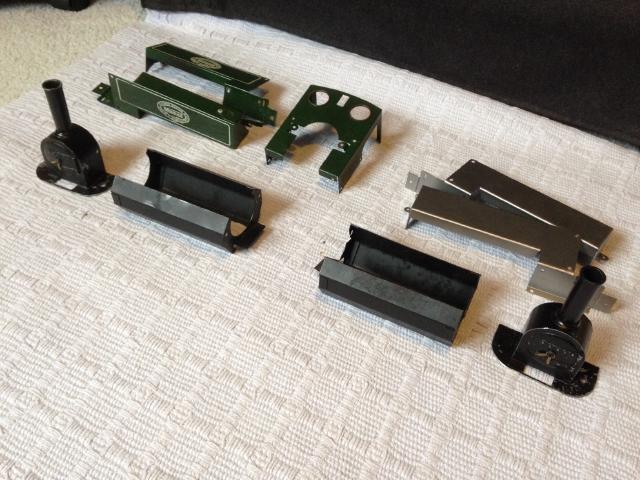 I placed an order with Roy Wood for the remaining body panels and my frame spacers which I have been meaning to get for so long! They arrived last week. 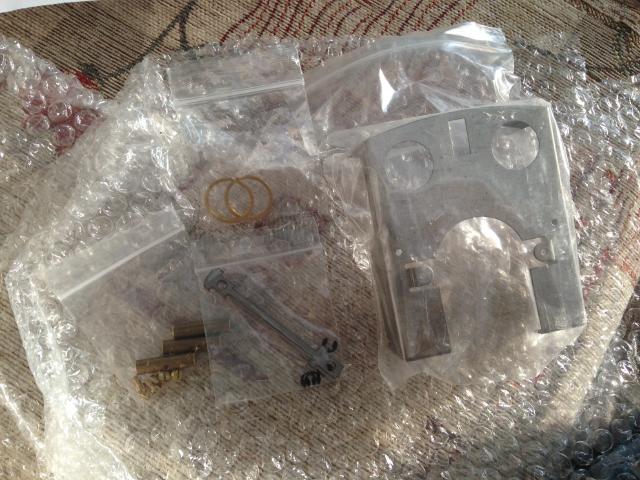 I began priming parts at the beginning of this week and these are the results so far. 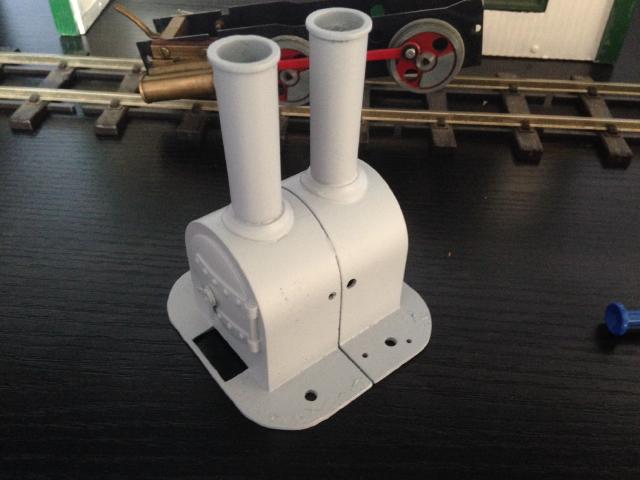 Yes, before you ask, I have done my maths right. I have since finished priming the fourth one! 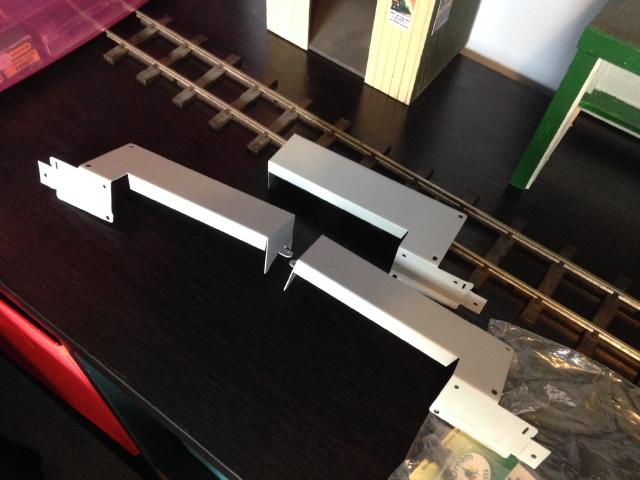 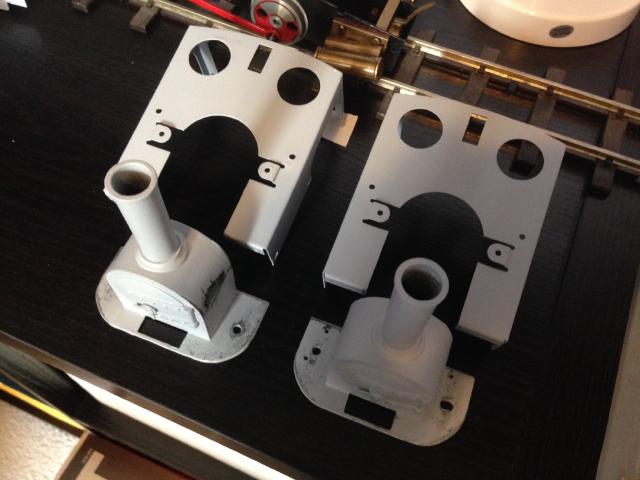 I also had this arrive the other day, it's the Tee Piece that will be used to split the steam pipe from the lubricator/regulator to the two steam bogies. I was discussing this elsewhere and decided that one roundhouse (or RWM) displacement lubricator would suffice - although I have seen plenty of examples with two. (I will get round to posting some of my photos of the double fairlies on display at P'boro soon!) 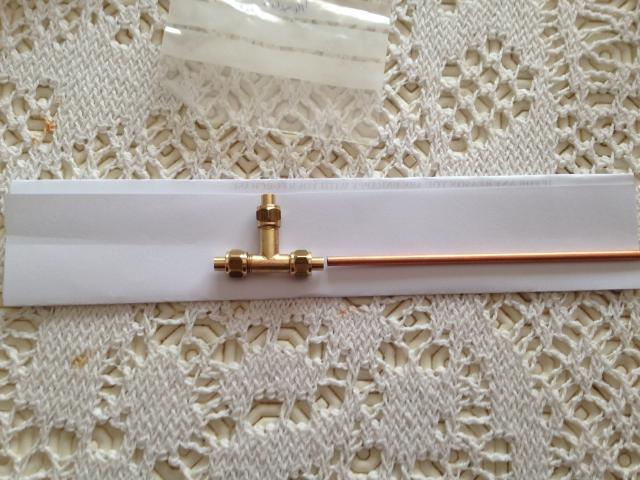 I've also got some flexible pipe on order - it's actually the same stuff what's used for engine coolant so it should be good up to around 200 degrees or something like that - will update you when it arrives.

That's all for a little while again folks! I shall be contemplating colour schemes, burner arrangements, and steam pipe arrangements in between revision for the fast approaching set of exams!

"So Luke, is this the one that set fire to the track?"
Top

I was spurred on to prime all of the body parts and bolt them together after the FR's recent work.

And now my attempt. 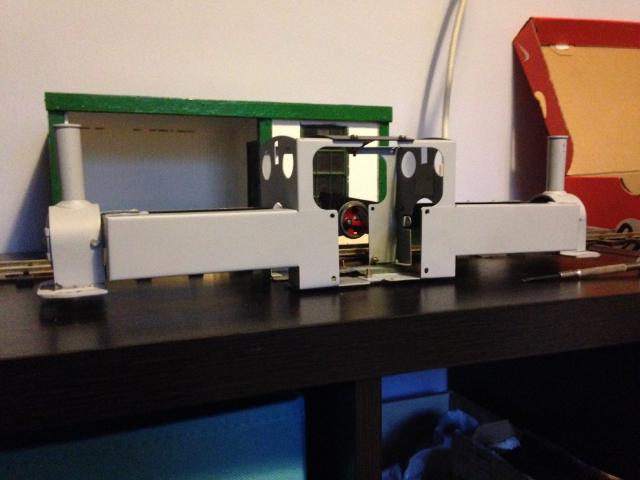 The last view of project DF for this update. 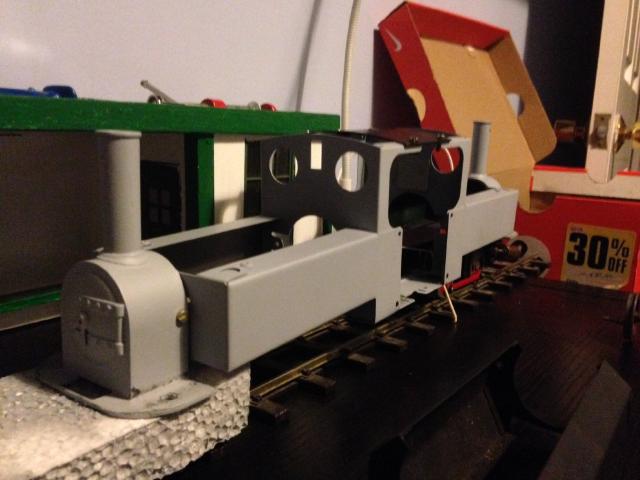 Just the steam bogies and a bit of plumbing to assemble, then on to worrying about the boiler and burner!

One last found I found online earlier. This time of FR Double Fairlie 'Merddin Emrys'. I reckon I might be able to achieve something that looks a bit like that... (Especially with Swift Sixteen's new Mamod Dome!) 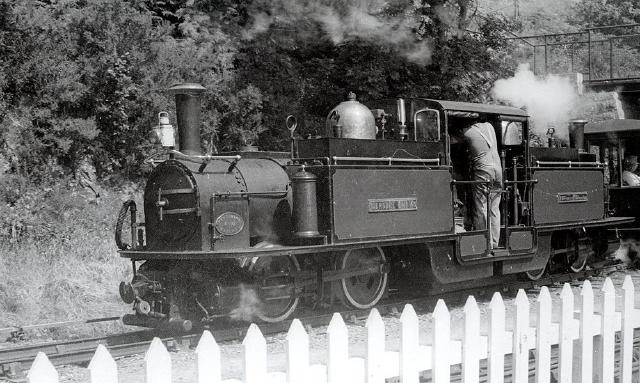 "So Luke, is this the one that set fire to the track?"
Top

This is coming along very well Luke.

Are you going to upgrade the other set of cylinders to 'O' ring pistons? I know Ian (Titan) had to do that with his build to have similar performance power units. Mike Chaney upgrades are rare to find these days. I had 2 of those 'O' ring piston kits - one ended up in those MSS cylinders you now have from Sam and the other went to another Mamodificationist.