A very popular starting point for Live Steam. With their low cost comes a number of problems which can be discussed here
Post Reply
10 posts • Page 1 of 1

This subject came up on Farcebook recently but I thought it would be better in a Topic on here. 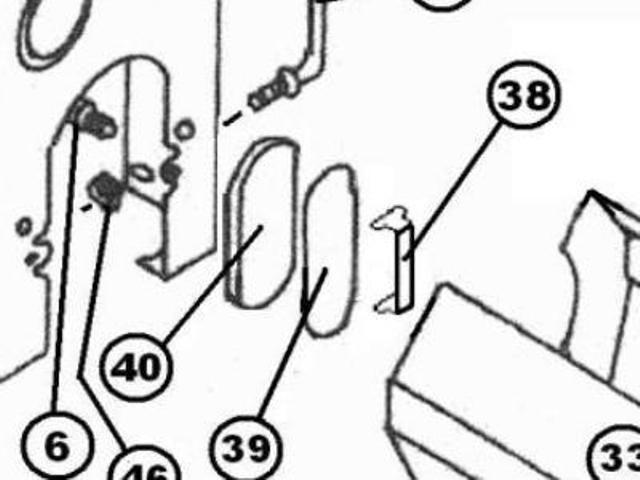 This worked very well in conjunction with the marked maximum & minimum marked levels on the brass back plate. It did not however stop some boilers being boiled dry, probably with meths or gas burners. 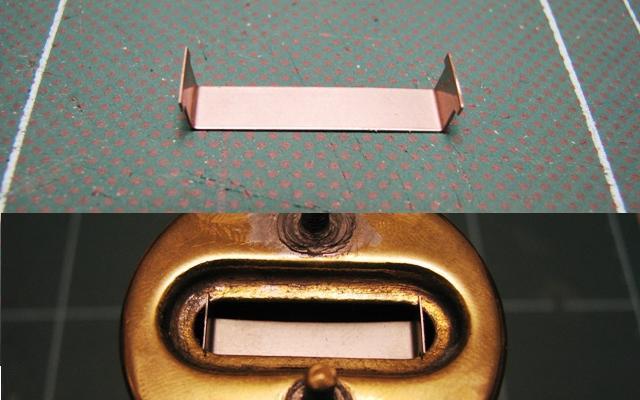 My first MSS locomotive is a Saddle Tank but it is fitted with a rather strange bent holed piece of aluminium for a reflector or protector. This is held in place by being friction fitted between the protruding collars inside the boiler for the back plate retaining screws. 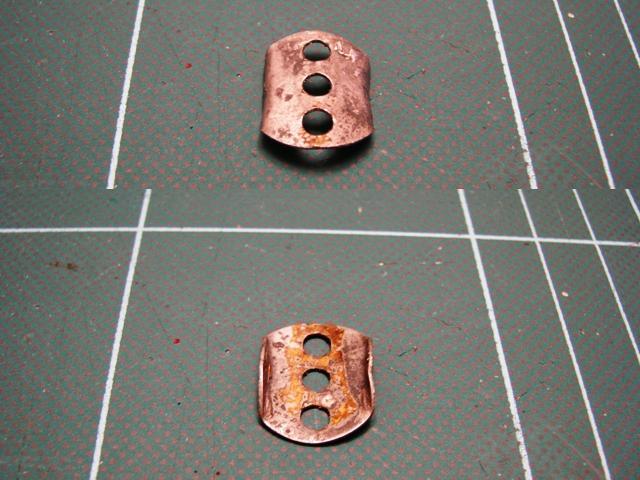 My next MSS locomotive is a Golden Jubilee, but as this is for collection purposes I never looked at it that closely. Just had a look today and it has the Mamod style reflector fitted.

My next MSS locomotive is a kit Side Tank but the kit does not include a reflector. So I had assumed that MSS locomotives no longer have reflectors fitted, and indeed it is not an available spare part (although neither was the Mamod one from about 1995, unknown before then).

Just received a Special Edition MSS Green Spark Arrestor locomotive today (again for collection purposes) and it does not have a reflector fitted (I think these were made in 2007).

For those wanting to replicate this reflector here is some appropriate measurements of one from an SL1K kit. 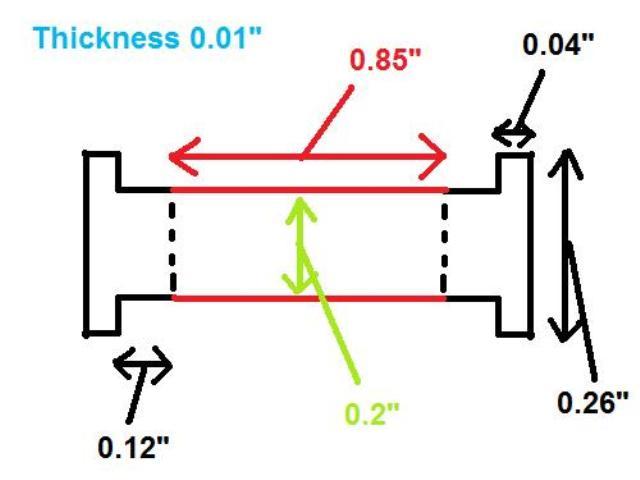 Worth pointing out that none of the current Mamod locomotives have a reflector (Golden Jubilee, Harry the Rocket, William, William II, Mamod Train/Mark I, Mark II & Diamond Jubilee) and with the bigger boilers and black gas tank alongside (not Harry the Rocket) it is a lot harder to see the water level. Not having access to suitable stainless steel sheeting I have used a strip from a metal food container but it is difficult to get a smooth surface with that material (still better than nothing).

Over on Farcebook two owners have confirmed that their factory built MSS locomotives have a reflector fitted. Would appreciate it if any MSS Owners on here could add their experience whether a reflector is fitted or not to their locomotives. Thank You.

Thanks for posting this Chris, great info as ever.

It can difficult to see the level (that why I use a torch) but after on three steamings about lasting 40 mins each my sight glass is becoming foggy.

I suspect that after elsecar the glass will have to be replaced again.

Being plastic the sight glass is prone to failure even if you keep good water levels, and the extra heat generated by meths & gas burners seems to accelerate the failure rate. They are in effect the secondary safety valve.

In the past many have experimented with using glass but with limited success. Many Mamod SL owners gave up and soldered a metal plate in place (I have a scrap boiler that obviously previously had a soldered plate). It has also been suggested to use the current thicker Mamod SP rectangular sight glass plastic but that needs trimming to fit into the oval boiler cut-out. And even these thicker plastics are prone to failure (I know of one that failed on an MSS loco with a meths burner, and I've had to replace one on my Mamod Train/Mark I loco).

Some owners add a small amount of food dye to their boiler water so they can see the level better, but that is only really applicable to external sight glass tubes.

I have been discussing those MSS cylinder end-caps with ace as he has recently rebuilt a MSS Saddle Tank chassis for another owner. Seems that MSS have gone backwards by replacing their improved end-cap with the extra gland to reduce leaks, and have just had an order of flat end-caps with holes drilled and used a blind copper rivet to produce the other flat end-cap.

I wonder why glass hasn't been too successful for people instead of the plastic?
my first live steam engine build thread:
http://gardenrails.myfreeforum.org/about6685.html

As I recall it was getting the right type of glass, then the right thickness and getting it cut to the right shape. But then you had the problem of doing up the screws to get a steam tight seal but a little too much and the glass cracked.

I believe that Wilesco actually use glass for their round sight glass's but they are fitted with a seal on both sides. And they are not cheap enough to experiment with, whilst the Mamod/MSS plastic ones remain much cheaper.

Hi Chris, thanks for the dimensions and overview of the sight glass reflector.

Isn't this a reverser o ring retainer washer? What a funny place to use one?

I must confess that when it comes to the sight glasses, in my opinion if they don't leak then leave it well alone. I'd rather not put unnecessary wear and tear on the threads of the boiler for the sake of a foggy glass. I know my Mamods quite well and know by timing that they are due for more water. The ones I have with filler valves as Sam said, I use a torch. If you de scale the boiler regularly enough it keeps the fogging down to a bearable minimum.

That's what I do anyway.

My MSS didn't have the reflector but that was from about 8 or 9 years ago.
Dan,

I had not considered that possibility but it is actually made of a different material - aluminium.

Just goes to show the poor quality control that MSS operate with - What day is it today, oh it is Wednesday so I guess I should fit a reflector. D'oh!

Chris Cairns:90054 wrote:I had not considered that possibility but it is actually made of a different material - aluminium.

Just goes to show the poor quality control that MSS operate with - What day is it today, oh it is Wednesday so I guess I should fit a reflector. D'oh!

Umm that is sad.... From your image it look like it is made of brass with solder on it.
Top

No that is just the discolouring that has gone on since I last ran this loco, probably a few years ago now. I tried to polish it up before refitting it but it has still got some pitting that would need sanding out. But it will just go off again when it gets wet so it would be a bit of a wasted exercise.